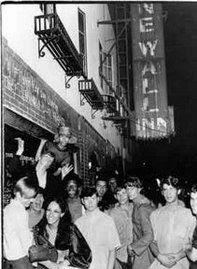 Today is the 40th anniversary of the Stonewall Riots that jumped off the modern GLBT rights movement.

It is a day we celebrate and take stock in where the movement is now, visualize the type of America we would wish to live in, then do whatever is necessary to make it happen.

It's also the day to remember the people who got tired of being jacked with by the po-po's enough to where they did get pissed off enough to do something, like Sylvia Rivera.

Yes, we transpeeps are the heirs of Sylvia's legacy. It has been a rocky road for us filled with challenges and opportunities. We've had spectacular successes over the last 40 years and some spirit crushing defeats, but to paraphrase Maya Angelou, 'and still we rise'. 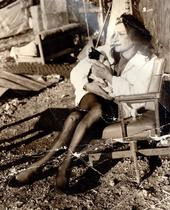 As a transperson of color I have mixed emotions about this day. Yes, I'm proud of the major role transpeople of color like Sylvia and Miss Major played played in helping jump start the Stonewall Riots.

But at the same time I'm concerned about the fact we have been shut out of the GLBT movement leadership ranks and systematically erased from its history.

As Stonewall veteran Raymond Castro reminds us, "It wasn't just gays. It wasn't just white gays. You had straight people sympathetic to gays. People of the arts. You had people who had had enough (of the police). You had Latinos, you had blacks, you had whites, Chinese, you had everything. It was a melting pot. Young, old. Fems, butches."

While its been amazing to see the progress that the GLBT community not only nationally but here in Kentucky and other locales has made over the last 40 years, we still have a long road yet to travel.

But I'm cautiously optimistic about where we'll be when we celebrate the 50th anniversary of Stonewall in 2019.
Posted by Monica Roberts at 11:01 PM