Why am I not surprised the four white conservatives and honorary white man Uncle Ruckus Uncle Thomas voted to oppress trans people and side with the Trump misdaministration on their odious trans ban.

Trans people serve in the armed forces of 18 nations, many of them our NATO allies.   The US should be leading in this area, not regressing.  Qualified American trans people who wish to serve our country should be welcomed with open arms, not told we aren't wanted.

There are trans people who wish to serve our country because they have traditions of military service that go back several generations in their families, 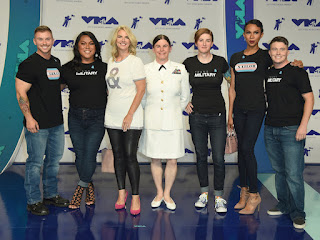 Trans people are choosing military service for many reasons just like cisgender people. Forcing trans people to serve with a 'don't ask don't tell' policy didn't work for gay and lesbian troops, and won't work in this regard. 18 nations allow trans military service, including the ability to transition while they are in the military and it does not affect combat readiness or break the bank. It will cost far less for trans related medical care than it does to provide Viagra. It will cost an estimated $2-6 million a year for trans related care vs the $45 million that it cost last year to provide Viagra. There's also 15,500 trans people serving, some who have already transitioned and serve critical roles in our armed forces. Trans people should not only be allowed to serve, they should be allowed to medically transition while on active duty if necessary and have the VA cover trans medical benefits once they leave.

A sad day for this country/.
Posted by Monica Roberts at 10:30 AM