During one of the BTAC 2017 panels I was on last week, a question came from one of the attendees as to why since I look fabulous at 55, why I was stating my age to the world.

There are a few reasons why I'm doing so, and I can't think of a better time of laying out why I do so than on my birthday.

First off, I'm at the point in my wonderful trans flavored life in which every birthday I reach is a happy one.  That 55 year old milestone birthday is magnified for me as an unapologetic Black trans woman who has witnessed and documented far too many of our Black trans feminine younglings die way before they reach my age.

I've also received the blessing and opportunity to meet, talk to, at times mentor and watch an amazing group of young Black trans women who are just doing the damned trans human rights thing and making me proud as I witness their evolutionary growth into some fabulous women.

They are and will accomplish things I haven't even dared dream could happen.

We have a live fast and die young mentality that needs to change in Black Trans World.  That mentality feeds into some of the negative behaviors like silicone pumping and risky sexual encounters.   I don't want to be a pretty corpse.  When that time comes, I want to be one that lived her life well, did stuff that mattered, and leaves this community in better shape than it was when I arrived.

And frankly, one of the other reasons I reveal my age is that our young Black trans women need to see examples of what 55 and Black trans feminine looks like. 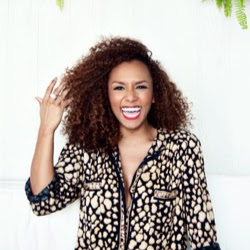 I didn't always share that sentiment.  When I turned 50 I was bummed about it and and made the mistake of whining about it while having drinks at a northeast Washington DC bar during the 2012 NBJC OUT on the Hill conference with Kimberley McLeod and Janet Mock that September evening.

Janet quickly put an end to that nonsense by calling me on my crap.  She and Kimberley reminded me of all the trans sisters that we'd lost that year who hadn't reached their 40th, much less 30th birthdays and here I was complaining about the blessing of reaching 50 years on this space rock.

Janet also said that when she turned 30 the next year, she was going to celebrate that milestone birthday.

I pondered what both women said, took another sip of my amaretto sour, concluded that my sisters were right and told them so.  Since then I've basically had the attitude that every birthday I reach is a happy one.

I have some role models to look up to when it comes to being a fabulous and 50 Black woman.   Some of them are my high school and collegiate classmates.  Some are in Hollywood.  Some are my former co-workers.  Some are inside the community, some aren't.   Some are just women of any age and ethnic background I admire for a lot of reasons.

But they all give me a template for role modeling and putting my own interpretation on what that looks like for Black Trans World because I am quite aware of the fact that I'm looked at as a iconic leader in this community, even if I don't feel that way at times or try and fail to downplay it.

But with a maternal grandmother who turned 95, a great aunt who lived to be 102 and a mon who is still celebrating anniversaries of her 39th birthday, I like my chances.