The New H-Town Emancipation Avenue Signs Are Up! 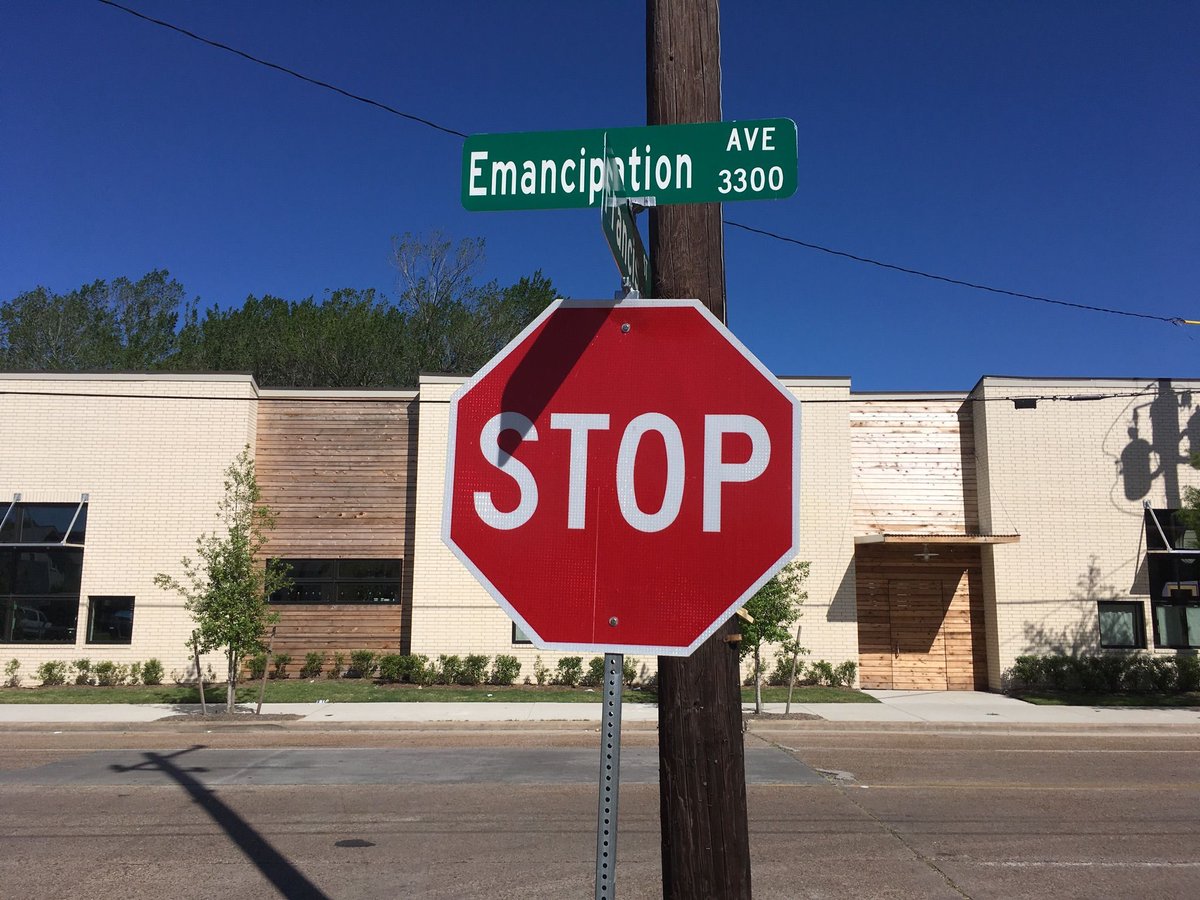 I've known this was going to happen since January, but the city of Houston a month before Juneteenth finally has put the new street signs up on the street formerly known as Dowling Ave.

The city followed HISD's lead in renaming eight schools that were named for Confederates, and that at times contentious renaming took effect at the start of the 2016-17 academic year.

Texas State Rep Garnet Coleman (D-Houston) started the push to rename the street a year ago.  It was originally named for Houston businessman Dick Dowling, a Confederate war hero from the 1863 Second Battle of the Sabine Pass.

The victory was celebrated with much hyperbole throughout the Confederacy and the city of Houston, with Dowling being promoted to the rank of major, but after the war dying during a Houston yellow fever epidemic in 1867.

The street traverses the historical heart of the predominately Black and southside Third Ward neighborhood near downtown.   It passes Emancipation Park, which sits on the corner of Elgin and now Emancipation Ave, and that park also has historical and emotional significance for Black Houstonians.

Freedmen led by the Rev. Jack Yates, the first pastor of Antioch Missionary Baptist Church, the oldest Black church in Houston, raised $800 to purchase the ten acres of land that Emancipation Park now sits on to have their Juneteenth celebrations. 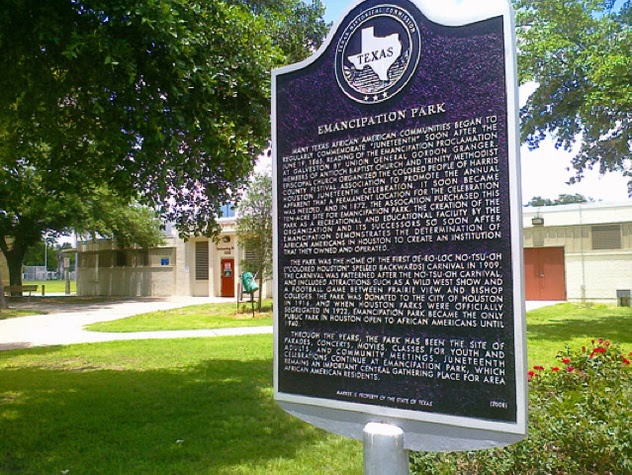 Emancipation Park when it opened in 1872 was Texas' first public park.   It was also the only one in the entire city of Houston open to Blacks , so it was rather insulting that a street named for a man who fought as part of an armed rebellion to keep us enslaved ran past that historic park that is directly tied to the early Juneteenth celebrations in Texas.

Until the Juneteeth Parade moved downtown, it used to come down Emancipation Ave to terminate at the park for the subsequent festival that happened there.  Went to more of a few of them with my brother and my late Grandmother Tama as a child as we grabbed a spot in the park to watch the parade go by..

In addition to city council unanimously voting to change the name of the street, it also repaved much of Emancipation Avenue in conjunction with the $33 million renovation of Emancipation Park that will be celebrated on Juneteenth 2017..

But so happy to see the new Emancipation Avenue signs
Posted by Monica Roberts at 7:00 PM