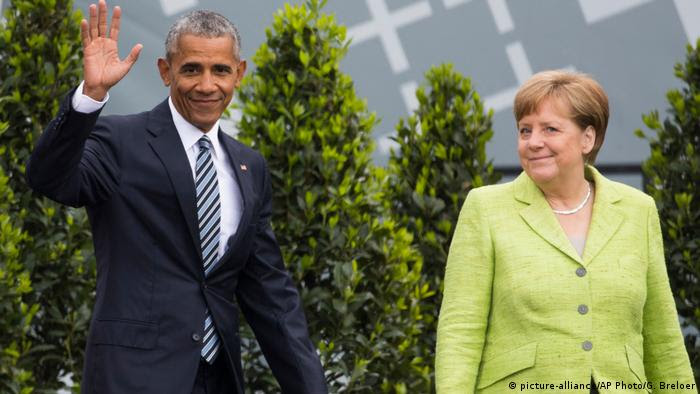 President Obama journeyed to Berlin at the invitation of German Chancellor Angela Merkel, the leader of the free world, for the Kirchentag, the German Protestant Church Congress.

This one was taking place not only during the 500th anniversary of the Reformation, but with a looming German federal election in September that you know the Russians are just itching to mess with.

The invitation to speak came last year, so it's a coincidence that the former POTUS is here in Europe as the same time as 45 is on his problematic first international trip in which he's Making America Look Bad Again..

And President Obama is still very popular in Germany.   He visited Germany six times, with the initial trip happening during his 2008 campaign in which 200,000 Germans gathered to hear him speak in front of Berlin's Siegessaule (Victory Column).

Here's the video from today's event with Chancellor Merkel