My Thoughts About Brenda Bostick's Murder 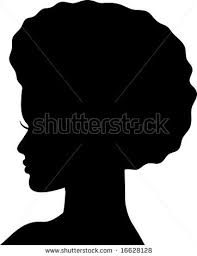 So we now know the name of the tenth person we've lost to anti-trans violence in the US in 2017, and as I feared,  she shared my ethnic background in Brenda Bostick.

As of yet, haven't heard of any memorial service or candlelight vigil happening for Brenda, but if and when I do, I'll pass that information along as I receive it.

Brenda's murder has me in my 'there but for the grace of God' and 'it could have been me' feelings  It's the fact she died as I was celebrating my 55th birthday.  It's the fact that Brenda was just a mere four years older than me when she was brutally attacked and left unconscious on that April 25 evening before she was found near that Chelsea neighborhood Five Guys on Seventh Avenue.

It has me thinking about what I was doing at that moment, and on that date and at the 10:30 PM EDT time she was found I was in Dallas finishing up a hectic first day of our just concluded BTAC 2017 conference in which we had folks from the New York area in attendance.

It's an event in which I got to hug later that week one of my trans elders in Sharyn Grayson, who had just gone through surgery, and promised her I'd do a better job of calling and staying in contact with her.

It's also Miss Sharyn's 'They're killing our babies' words that reverberate in my head every time I hear the news about one of our young trans sisters dying or I'm in the process of writing the TransGriot stories about their lives tragically being cut short.

Now these wastes of DNA aren't stopping with killing our young trans women, they are going after our trans elders.   And it's sending me into Maya Wilkes mode thinking about it.

It also has me thinking about my trans elders and their safety right now.

If you think that the anti-trans rhetoric being spouted by the Republican party and right wing pastors isn't fueling this spike in anti-trans murders and hate crimes, then you are being willfully clueless about that.

But I have to talk to you cisgender Black people for a moment.

Once again I have to ask the question, where are you NAACP?   Why aren't you as loud and vocal about the murders of Black trans people as you have been for the Jordan Edwardses, Trayvon Martins and Mike Browns of the world?

Is it because they aren't being killed by police but by other Black people?   Is it because the people being targeted are Black transgender women?    Is it because the NAACP as an organization has an internal transphobia problem that keeps them from using their gravitas filled voice and bully pulpit to speak out loudly to our community that it is wrong to discriminate against and kill trans people, and the first place it needs to cease and desist is in the Black community?

Where are you Congressional Black Caucus?   Black church?   Black Lives Matter and other orgs working to uplift our people?   Black SGL people?

Black trans women are there standing up for everyone else's movements and causes, but as my sis Diamond Stylz said a few months ago, when will people stand up for and with us?

Let a trans sister know what the problem is so we can address and solve it.

I don't want Brenda's death and the deaths of the other eight Black trans women we have lost in 2017 to be for nothing.  I want something substantive to come from these tragic losses, and to me that substance would be to permanently recognize that Black trans women are Black women, and Black trans people are Black people.

And to borrow Dee Dee Watters' words, 'Before I am trans, I am Black.'   If we realize that undeniable truth in Black Trans World, what's taking y'all so long cis Black America to recognize it?

Yes we Black trans folks, parents of Black trans people and our allies want to hear you say those Black Trans Lives Matter words, pray you mean them and aren't selling us woof tickets when you do so
.
It's even more important to us in a time in which we no longer have a trans friendly POTUS and attorney general in power who sees and hears us at the federal government level, and hostile Republican run state governments gleefully trying to pass unjust anti-trans legislation.

But what we'd love in Black Trans World even more is if your actions as cis Black people and the organizations you are a part of begin to consistently back up those spoken words to prove you love and support your trans siblings.

Unfortunately if and when this happens, Brenda won't be around to see it, and will be resting in power and peace.  But it does need to happen as soon as possible.