One of the things I was deeply concerned about when the North Carolina GOP started messing with trans people and passed the unjust HB 2 law was that the ramped up anti-trans rhetoric the North Carolina GOP used to satisfy their trans oppressor gene would result in trans folks in the Tarheel State being targeted for violence or worse.

Well, that fear became a reality on November 30, 2016 for 46 year old Sherrell Faulkner.

She was found near a dumpster in Charlotte's gay friendly Plaza-Midwood neighborhood at The Plaza and 35th Street suffering from trauma and was taken to Carolinas Medical Center for treatment.

She died on May 16 from the injuries sustained in the attack, and became the 11th person in 2017 and 10th African-American trans woman to die this year because of anti-trans violence.

And in a far too common and infuriating media pattern, another Black trans murder victim has been misgendered once again.  This time the guilty party is WCNC-TV. 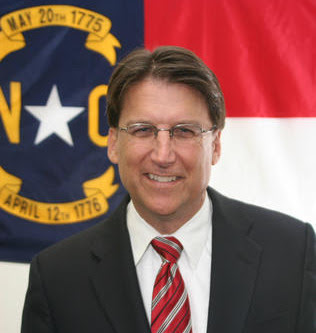 Faulkner's death is also on the hands of the North Carolina Republican Party and former Gov. Pat McCrory (R), who with their loud and wrong anti-trans rhetoric incited the violence that led to the attack on Faulkner in the first place.

Her family has been notified of her death, and no word as of yet from my North Carolina trans family and media peeps if there is a memorial service planned for her.

Charlotte Mecklenburg Police are now investigating this case as a homicide.

If you have information that will lead to the capture, conviction and incarceration of the person of persons who killed Sherrell, please call Charlotte Mecklenburg Crime Stoppers at 704-334-1600 or 704-432-TIPS (8477)

And as always, will be keeping track of this case until justice is served.

Rest in power and peace Sherrell.
Posted by Monica Roberts at 12:00 PM