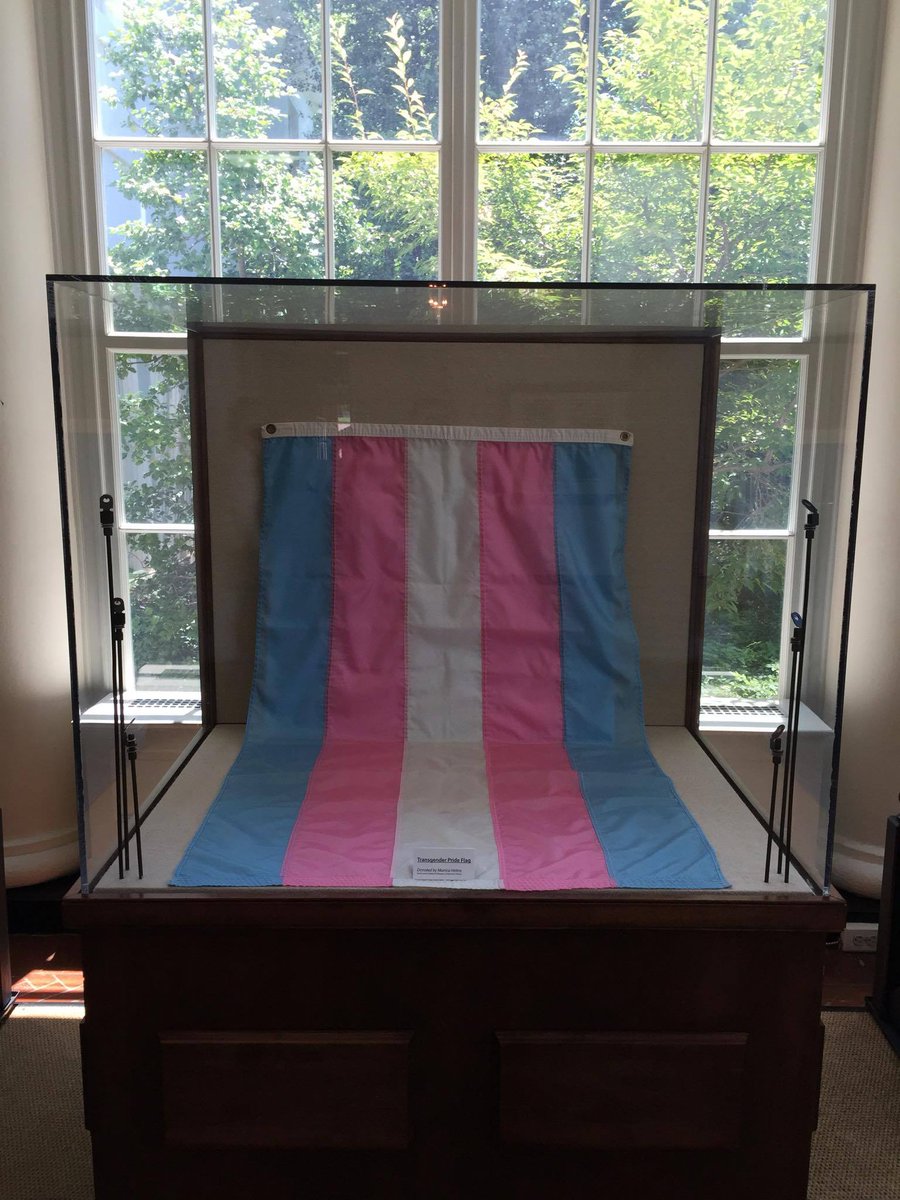 The trans pride flag design that flag creator Monica Helms came up with was a light blue, pink and white striped flag that is designed so that even when turned upside down, the stripes are in the correct pattern.

It first flew at a pride parade in Phoenix, AZ in April 2000 as part of the color guard, and since that initial appearance, it appeared at protests, trans themed conferences and events across the United States including the recent White House LGBT Pride Reception.

The Helms transgender pride flag quickly grew in popularity even as variant designs of trans pride flags popped up in Canada and Israel.   The Helms trans pride flag since it was the first one, has increasingly been adopted by trans communities in various nations around the world as an internationally recognized symbol of our community.

August 19, 2014 is also the date that the original trans pride flag was donated by Helms to the Smithsonian as part of their permanent LGBT history collection

So Happy Transgender Pride Flag Day!  Maybe I'll get some pink lemonade to celebrate this date in trans history.
Posted by Monica Roberts at 12:00 AM