No Justice For Islan, For Now

To remind everyone that sometimes we don't get justice when our haters kill us (which fuels the anti-trans violence because the perps believe they can get away with it)) we had the concrete example of the Islan Nettles case.

20 year old Paris Wilson, who was arrested and charged with misdemeanor assault in the savage fatal beating of 21 year old Nettles in Harlem that put her in a coma for several days before she died, walked out of Manhattan Criminal Court yesterday a free man for now.  The Manhattan DA's were forced to drop the charges because the case was older than 90 days and the speedy trial clock had run out 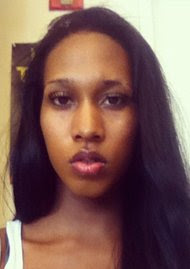 According to a report in the New York Daily News,  Assistant District Attorney Nicholas Viorst said "we would concede that speedy trial time has run with regard to the misdemeanor with which the defendant is charged and therefore the case must be dismissed," but said the probe into Nettles' tragic death remains active.

While the New York trans community and Islan's mother Delores Nettles are obviously disappointed and upset about what transpired in the courtroom yesterday, they remain resolute and hopeful that justice will be served in this case.

And you know I'll be keep an eye on it along with the New York trans community.
Posted by Monica Roberts at 10:00 AM

Please take a moment and sign this petition to DEMAND something be done in the murder case of transgender woman, Islan Nettles in NYC this past summer. Let's not let her death be swept under the rug. PLEASE SIGN & SHARE. We should be able to get at least 100 signatures from this group.