As you TransGriot readers are aware of, I've spent the last several days at the just recently concluded 2018 NLGJA Convention in Palm Springs as part of the LGBT Media Journalists Convening that was embedded in it.

This was also my first time at the NLGJA Convention.  While I always enjoy my down time with my LGBT Media Journalists fam, getting to know them on a more personal and professional level, and the mutually beneficial networking that happens while there, the reality is that the LGBT Media Convening space I've been interacting with over the last six years has been far more diverse than the NLGJA convention itself.

That's not just an NLGJA problem, it's a problem consistent across many LGBTQ community convention spaces because of the fiscal barriers that lock many POC and trans people out.

As someone who was a panelist during the National Association of Black Journalists (NABJ) convention in Boston in 2014 and attended the Unity NABJ-NAHJ one in DC in 2016 as part of their efforts to reach out to trans people and learn how to respectfully cover us, the contrast between those media conferences and the NLGJA overwhelmingly white cis gay male one is jarring.

The microaggressive and macroaggressive reminders it wasn't going to be like those NABJ-NAHJ events started when I opened the convention program book in my Hotel Zosa third floor room to encounter my first Maya Wilkes moment.   Several pages into it was a full page ad from FOX News along with a FOX News branded item in the swag bag.

FOX Noise since its founding has been anti-Black, racist and hostile to people who look like me.  It has been ramping up since 2014 the on-air hostility to trans, nonbinary and GNC people.

What person or persons within NLGJA thought this was a wonderful idea to have them as a corporate sponsor?  Did they not consider the optics of that sponsorship, much less how the Black trans, bi and SGL journalists you're trying to attract to this conference would see this?

FOX Noise doesn't like Black people, the feeling is mutual, and when I'm looking for credible news sources, they definitely aren't it

So imagine my shock and awe level surprise when I hear and have visual evidence of a network hostile to my existence on multiple levels being a 'proud sponsor' of this NLGJA convention.

That was deeply troubling, but I was already here in Palm Springs and needed to focus on what I needed to do to be ready for the plenary I was participating in on Friday.

Guess I did alright, since I kept hearing congratulatory commentary about it from other attendees from 3 PM PDT until I left yesterday morning for the Palm Springs airport.

But Friday inexorably moves to Saturday and the conference's closing reception which was also sponsored by FOX News.  I almost skipped it to hang out with a trans sister who lives there, but decided I needed to be in that room.

So while I'm helping myself to some of the food at this reception the program starts and one of the emcees, later identified as Marshall McPeek  makes the 'things and its' comment that has been reported in Mary Emily O'Hara's story that I immediately called out and will repeat again.

While I am happy McPeek came back later and apologized and NLGJA an organization I've been a member of for several years has released a statement about it, the damage was still done. 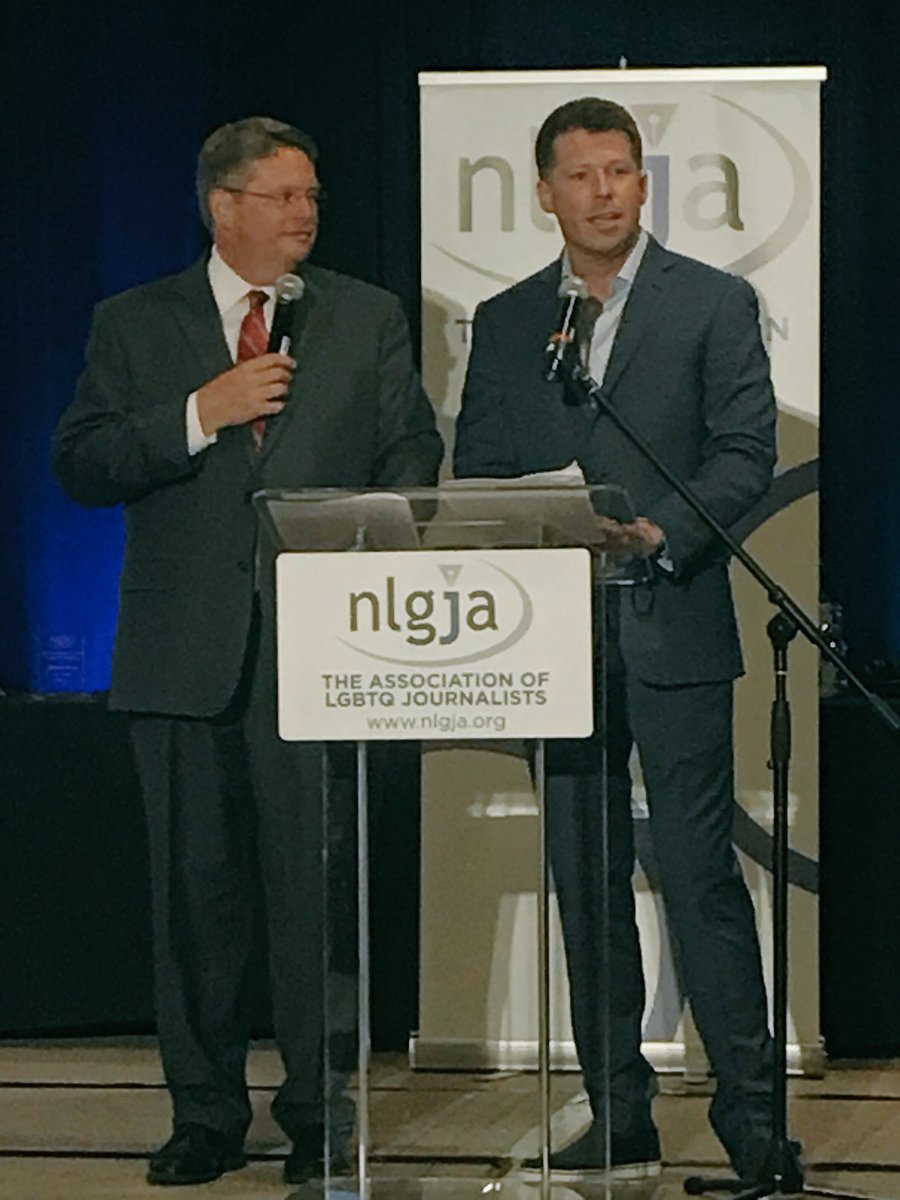 No Mr. McPeek and by extension, NLGJA and FOX News, there were no 'things and its' in that Hotel Zoso room that September 8 night.   There were trans, gender non-conforming (GNC) and non-binary (NB) people in there    There were your trans, GNC and NB media colleagues in that room.

Most importantly, there were your trans, NB and GNC identified journalism students in that audience who are aspiring to and working diligently towards getting to the level when you are.

How do you think that 'things and its' comment, which has been derisively and sometimes violently spat at the trans community by all transphobic comers over the last few years made us feel?

How do you think it made me personally feel as the lone representative at NLGJA 2018 of the demographic group who is taking the brunt of the anti-trans violence in this country?

And to underscore that last point, I was made aware of the latest trans feminine murder victim of 2018 as I was in transit to attend the NLGJA conference and waiting for my connecting flight from Phoenix to Palm Springs

Far too often, that derogatory 'things and its' comment has been hurled at us by gay men and our detractors.   It definitely shouldn't have happened during a journalism organization convention dedicated to ensuring accurate and respectful coverage of the TBLGQ community, and problematically hosted by a 'news' organization that routinely demonizes trans, NB and GNC people.

Trans, NB and GNC peeps are not 'things or its', and that is an unacceptable thing to say at any time, even inside the TBLGQ+ community..  It is also unacceptable to say during a time when the trans, NB, and GNC community is under legislative assault and their humanity is under attack by the Republican Party, trans eexterminationalist radical 'feminists' and the conservative movement .


The lack of diversity in media is not just an NLGJA problem.   It's a problem that needs to be fixed across the American media landscape, not just in LGBTQ media circles.

LGBTQ media can lead the way in demonstrating what a diverse and inclusive newsroom looks like and pointing out that diversity is good for your news outlet's bottom line.

Trans folks are 1-3% of the US population, and we read and watch the news, too.

As demonstrated by my 2016 Netroots Nation Pundit Cup title and later getting the opportunity to do political punditry on my hometown ABC13 station during Election Night 2016, and others doing so on various national shows here and around the world, trans journalists can discuss more than just trans issues.

One of us even got elected to the Virginia House of Delegates last year.
.
But we need to get more opportunities to demonstrate that ability, and more importantly, get paid a regular check for doing so.

NLGJA has been handed a moment in which it can be a leader in addressing and helping to solve the dearth of trans journalists problem. 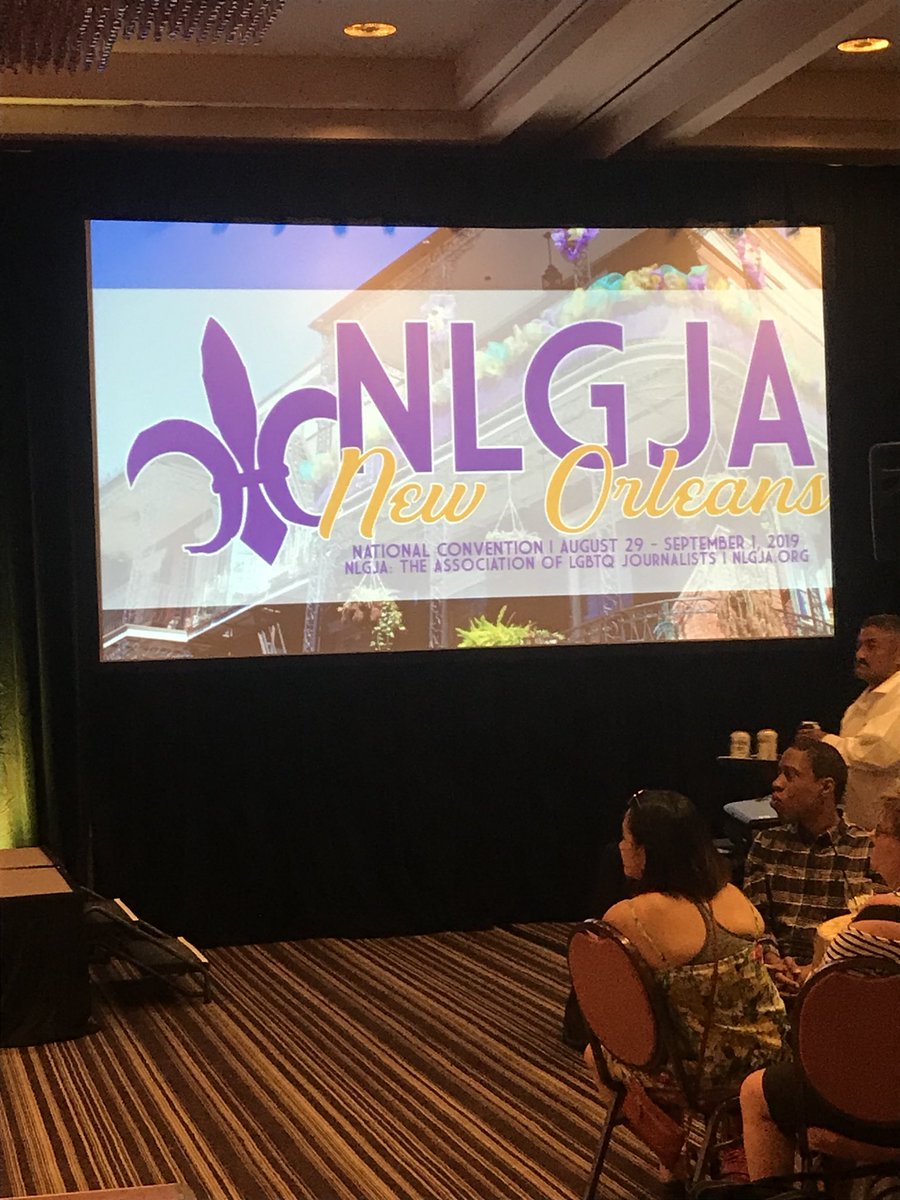 The question is will they seize that opportunity?  Will we see progress in increasing the abysmal numbers of trans, NB and GNC journalists before we gather again a year from now in New Orleans?

That remains to be seen.