While I was sleeping last night, my hometown defending MLB world champion baseball team clinched the American League West Division title for the second straight season thanks to the Oakland A's losing to the Seattle Mariners in extra innings at Safeco Field.

The Astros had already handled their business by beating the Toronto Blue Jays (sorry not sorry Renee) 4-1 last night in Rogers Centre to not only win their 100th game of the season, but reduce their magic number to clinch the AL West Division title to one.

The A's were up on Seattle 8-5 in the eighth inning before the Mariners rallied to tie the game and force extra innings.

Seattle scored two runs in the bottom of the eighth inning, then one more run in the ninth to tie the game.  The Mariners then won the game in the 11th inning thanks to a walk off home run by Chris Hermann that sends to A's to the AL Wild Card Game to face the New York Skankees Yankees.

It is the first time since 1997-1999 when they ruling the NL Central Division and playing games in the Astrodome that the Astros have claimed multiple division titles in a row.   It is also the first time in Astros history they have had back to back 100 win seasons and only the third time in team history the 'Stros have won 100 games

With the AL West title secured, the Astros now know who they will play in the postseason as they try to repeat as world series champions.   They start an ALDS best of five series on October 5 against the AL Central champion Cleveland Indians.

The winner of the AL Wild Card Game will move on to play the AL East Champion Boston Red Sox, who have the best record in baseball this year at 106-51 with 5 home games left.

Home field for the AL Wild Card Game is more likely to be Yankee Stadium since they hold the tiebreaker over the A's after going 3-3 in their head to head matchups and having a better division record than the A's.

However, the Yankees have a brutal finishing schedule in which they play six AL East division games.   Three road games against the Tampa Bay Rays and three versus their hated rivals the Boston Red Sox in Fenway Park.

But back to talking about my defending American League champion Astros. 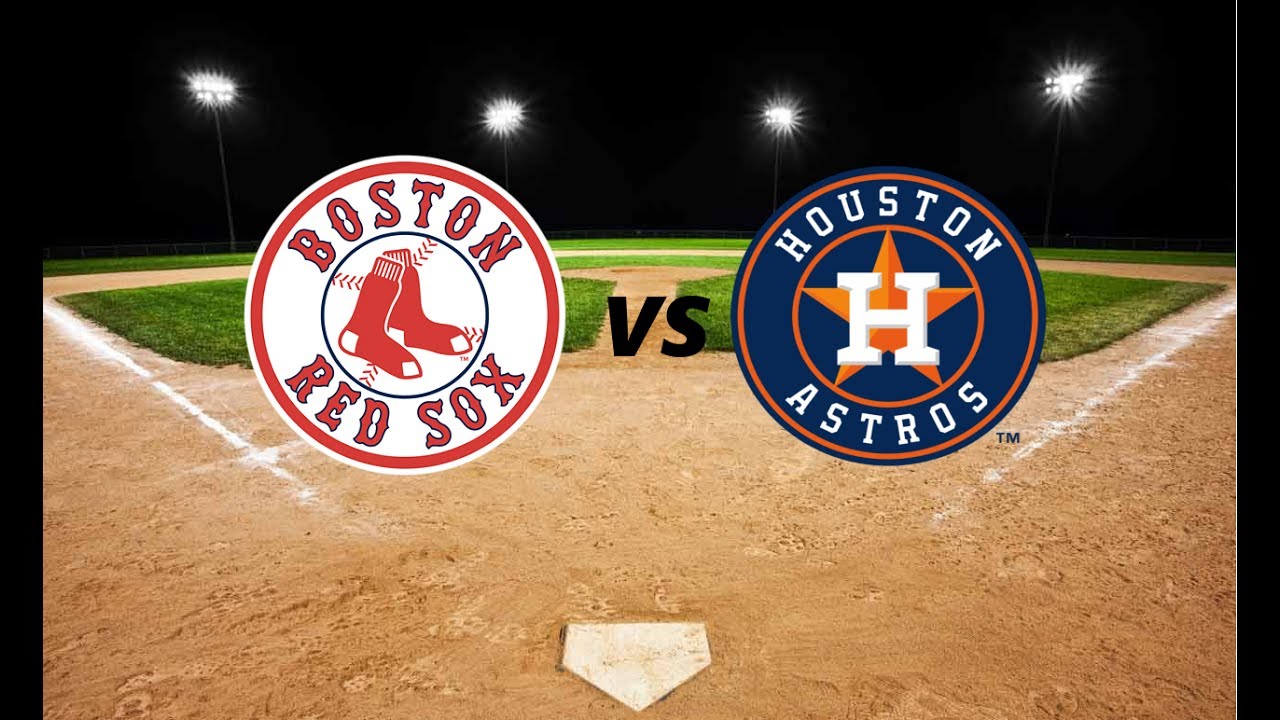 Should they advance they would face in the ALCS the winner of the A's/Yankees-Boston Red Sox ALDS series in a best of seven for the American League title.   If the A's or Yankees prevail, they would have home field advantage.  If it's Boston, they would get it.

FYI to you Red Sox fans:  The Astros won the season series over you 4-3, and took 2 out of three games at Fenway Park.

Should the Astros make it to the World Series again, they would have home field advantage this time against whoever walks off with the 2018 National League crown between the NL East champion Atlanta Braves, the NL Central leaders the Chicago Cubs, the NL West leading Los Angeles Dodgers and top NL Wild card team the Milwaukee Brewers.

The St. Louis Cardinals and Colorado Rockies still have an outside shot at playing October baseball at Miller Park as contenders for the other NL wild card slot.

The NL title contender with the best league record is the Chicago Cubs with 91 wins, and everyone else including the defending NL champion Los Angeles Dodgers is below that. 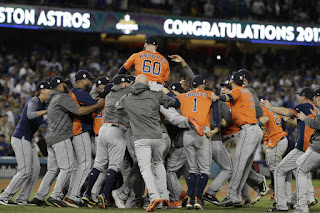 The quest for an Astros title repeat starts October 5.  Looking forward to it since I need a distraction from how badly the Texans are sucking right now.
Posted by Monica Roberts at 7:00 AM