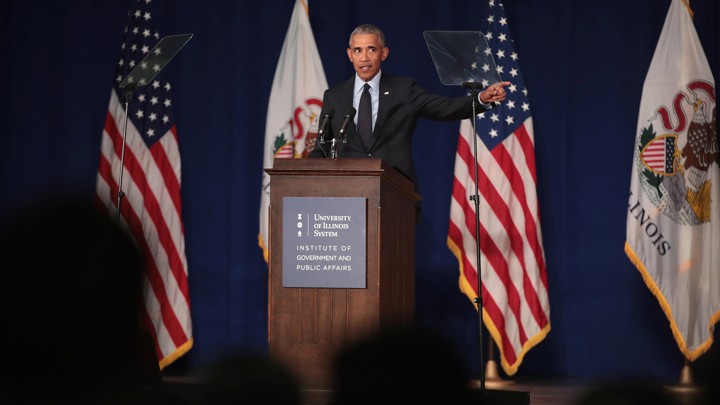 Former president Barack Obama in a fiery speech,  called out the Trump misadministration during a speech at the University of Illinois and urged people to get out and vote this November.