As an adult I've noticed that the one thing that moves at lightning speed is time.   Years that seemed as a kid to take eons to pass zip by in the blink of an eye as my transiversary earlier this week pointed out to me.

2018 has now moved into April, and that means I'm on countdown to another Cuatro de Mayo celebration.

But lets get to our usual Friday business of calling out fools, idiots, hypocrites and arrogant people who are operating with WTF level chutzpah.

It's time for this week's edition of the TransGriot Shut Up Fool Awards.

This week's loser winner is one I've gots to call out because she is a Democrat and in this age of Trump we need to have zero tolerance for this type of idiocy. 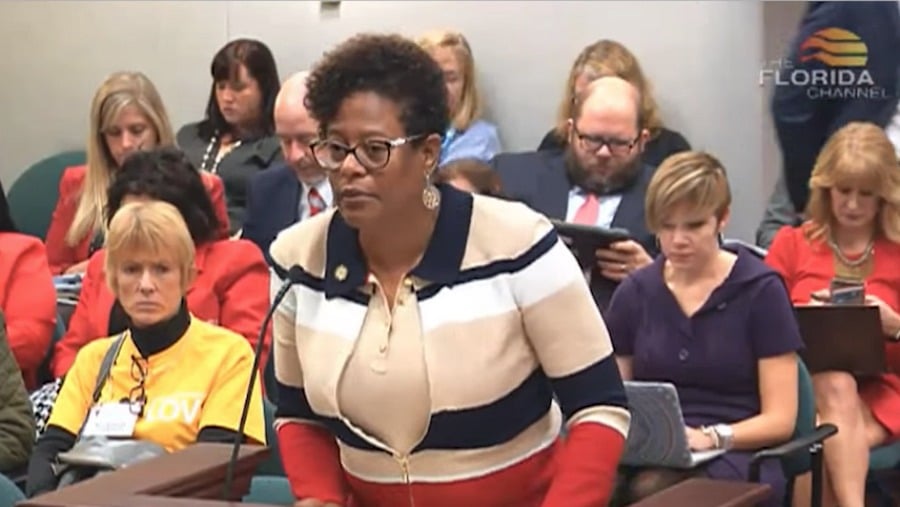 She was also the sponsor of the 'In God We Trust' bill that was passed in the wake of the Parkland, FL mass shooting that mandates the placing of 'In God We trust' signs in all Florida public schools instead of passing a gun control bill.

Homegirl seems to have gotten her legislative duties confused with her evangelical preaching day job.  The state of Florida's government is based on its constitution, not the Bible.   Not only does the separation of church and state matter, faith based ignorance has no place in our legislative process.

During her closing statement for this bill, she went full Aunt Jemima and thanked God for slavery..

Nope, this is NOT an April Fools joke.   Note today's date.

"I thank God for slavery. If it wasn't for slavery I might be somewhere in Africa worshiping a tree."

Oh hell no..  Somebody in Jacksonville please run in the Democratic primary against her.