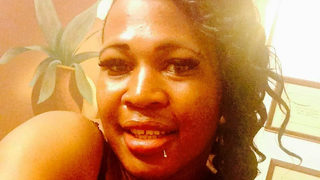 Thanks to TransGriot reader Greg Green, he has made me aware of another trans sister we've lost to anti trans violence and it's  my sad duty to report that to you.

The latest murder of a trans person happened in Chesterfield County, SC, just across the state line from Charlotte, NC.

Her name is 29 year old Sasha Wall.  She was originally from Charlotte, NC  but was living in Pageland, SC, 40 miles SE of Charlotte.

Wall was found at 8 AM EDT Sunday in her running car slumped over the steering wheel.  She had been shot several times, with one gunshot wound in her neck..

And as you probably guessed, Sasha was misgendered in the article and in the on air broadcast by the police.

According to Chesterfield County Sheriff Jay Brooks, Sasha's black Toyota Corolla was parked on the side of the road with the engine running for nearly two hours.

A small caliber bullet was recovered from the driver's side door, and Brooks told WSOC-TV that whoever shot Sasha was either sitting in the passenger seat or was standing outside the car with the door opened.

Sasha is now the eighth trans person killed in 2018, and the fifth Black trans person murdered this year.   And once again, the pattern continues of an under 30 trans woman being murdered.

Rest in power and peace sis.   We will say your name and won't rest until justice is served in this case,
Posted by Monica Roberts at 9:00 AM