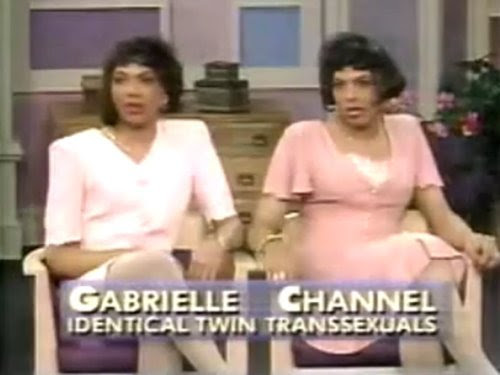 I'm going to be speaking at back to back Transgender Day Of Remembrance events here in Houston on November 18 and 19.   One will be the TDOR event Dee Dee Watters is organizing for Progressive Open Door Christian Center. The next day I'm the keynote speaker for a TDOR event that will take place on the HCC-Southeast campus.

I'll pass along the details for both events as I get them.

While pulling up some TDOR research material in preparation for compiling that HCC keynote speech and my commentary for the PODCC TDOR, I noted that November 20 will be the 20th anniversary of the murder of 23 year old Chanelle Pickett at the hands of William Palmer in Boston.

Palmer basically got time served for killing Chanelle, a travesty of justice that royally pissed me and many trans people and advocates at the time off.

Because Chanelle's murder happened a year into my own transition, like Tyra Hunter she is constantly in my thoughts because both of them were not only Black girls like me, they were both so young when it happened.  Like Tyra, I wonder how Chanelle's life would have turned out if she were still alive along with her identical twin sister Gabrielle and walking this planet as a 43 year old trans woman.


Ironic that the November 20 date she was taken away from us is one in which trans people and our allies around the world have set as the day to remember the trans people who were murdered in that particular year.  While the US has contributed 22 names to that depressing list, transphobic hatred has contributed to the murder of trans women around the world with the youngest being just 13 years old.

And the Remembering Our Dead list is getting longer, not shorter.

Rest in power Chanelle.  We will not only not allow the memories of your too brief life to fade, we'll do everything possible to make life better for all trans people.