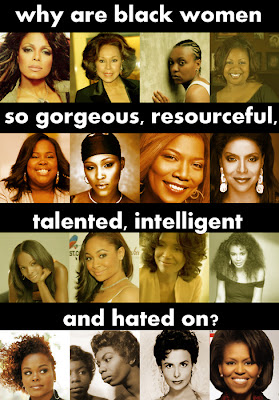 One of the problems that we have as African descended people across the Diaspora is that Blackness is despised and demonized across the planet and has been for centuries.

Planet Earth ain't post-racial either.  Whether it is a Kenneth Eng writing a 2007 column entitled 'Why I Hate Blacks' in an San Francisco based Asian newspaper, Satoshi Kanazawa trying to justify his fracked up 2011 study that declared Black women ugly, and Asian-Americans being called out by other Asian-Americans for their anti-Black racism, anti-Black attitudes and racism have an undeniable international cachet.

The recent complaints in The Land of the Rising Sun that Miss Universe Japan 2015 Ariana Miyamoto isn't Japanese enough despite being born there, a Japanese citizen currently residing in that nation, her mother being full blooded Japanese, having fifth degree mastery of calligraphy and she being a fluent Japanese speaker only add to the pissivity and anger of Black people across the African Diaspora having to confront anti-Black racism no matter where they go on this planet..

And while they try to ignore, deny it or pass it off as a 'North American issue', anti-Black racism is alive and is a problem in Latin America.

And haven't forgotten the ugly instances of anti-Black racism that have popped up repeatedly on European soccer pitches in spite of an ongoing worldwide FIFA`'Say No To Racism' campaign in which Black players like Italy's Mario Balotelli and other African descended players playing in Europe have to deal with European soccer hooligans slinging bananas and racial epithets.

And with the rise of ultra-right wing parties in some European nations, the level of anti-black racist animus in Europe is sadly rising as well..

I'd been hearing disturbing comments about Thais considering dark skin 'ugly', and my annoyance with that alleged anti-Black sentiment was only heightened after the controversial ending of the 2011 Miss International Queen trans pageant to pissed off levels after an all Thai judging panel literally screwed a trans woman representing Nigeria out of the crown.

Now comes this shot of materials used to teach Thai.kids English that has gone viral in social media, and note the caption under the Black male head.

International anti-Blackness is real, and it needs to be confronted and dealt with not only by the indigenous black people in those nations, but coordinated action is needed across the Diaspora to combat it...
Posted by Monica Roberts at 1:30 AM