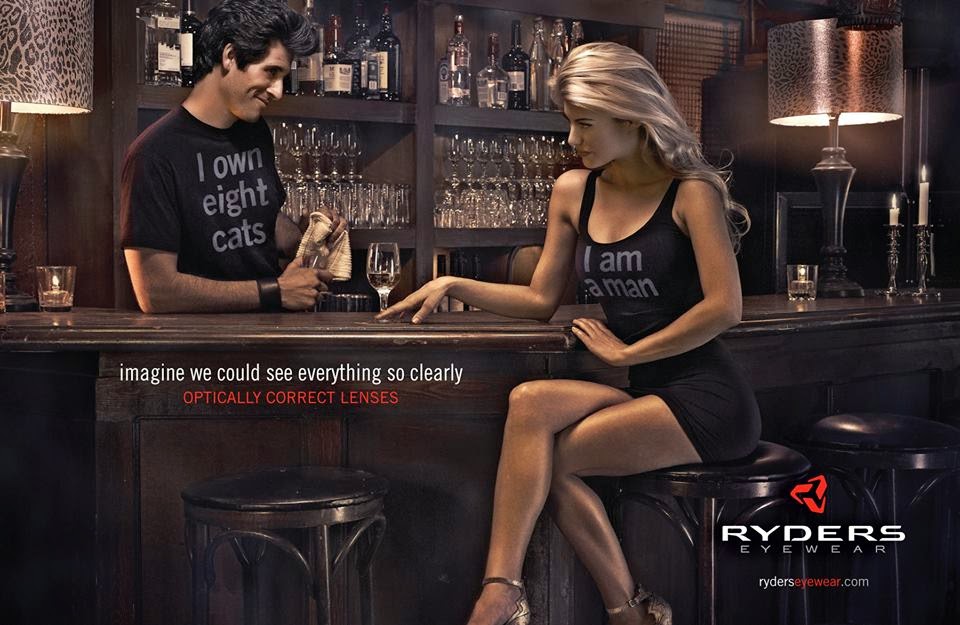 Well, here we go with another company who is getting the message the hard way that transphobia not only doesn't sell products, the trans community and our supportive allies are not putting up with dehumanizing disrespect from anyone.

The latest example of this is from Ryders Eyewear.   They are a Canadian company based in North Vancouver, BC that makes performance eyewear, sunglasses and goggles.

They rolled out this ad campaign that has raised the hackles of our Canadian trans cousins in which two people meet at a bar and each has a secret that the other doesn't know.   The man's secret is he owns an large amount of cats.   The woman's secret?   She is a 'man' with the tagline 'Imagine we could see everything so clearly.'

When the backlash started, Ryders first tried to defend the transphobic ad.   They posted this initial June 3 comment concerning the ad on their Facebook page.

We've received some backlash regarding our recent ad in Bicycling Magazine--some people have wrongly concluded that Ryders is attacking transgender people.

This ad is not, in any way, an attack on transgender people. It's simply showing two people who are attracted to one another, each with a secret that the other might want to know up front. The person on the left has a secret--he owns an abnormal quantity of cats. The person on the right has a secret--he is actually a man dressed as a woman. We were toying with some of the social constructs that have made gender roles appear as truths, in an attempt to bring some humour to the concept that seeing isn't always believing.

****
But as it became cleared the ad wasn't humorous, but hurtful to our Canadian trans cousins, the gravity of the situation began to sink in.   Ryders starting changing their transphobic tune on it and attempted to issue an initial apology that fell flat and poured even more gasoline on the simmering controversy.  .

This was the second attempt:

It's now been a full day since the first messages arrived in response to our ad in Bicycling and it's clear that we have offended lots of people. It doesn't matter what our intention was, the result was anything but humorous. This ad was clearly a failure.


Thank you to everyone who messaged us. Without you we would have carried on with this advertisement, oblivious to the harm it was causing. We were ignorant and you have shown this to us.


We have pulled this ad from all of the publications in which it was to be printed in the coming weeks and months. Unfortunately, some have already been printed and distributed. Rest assured, this ad will never be distributed again.


We are also in the process of having it pulled from digital magazines and other web sites. For some sites, especially those of distributors outside of the US and Canada, this may take a few days before it's entirely cleaned up but it is our top priority to completely remove this image.

Again, we are very sorry. We've learned a lot from this. 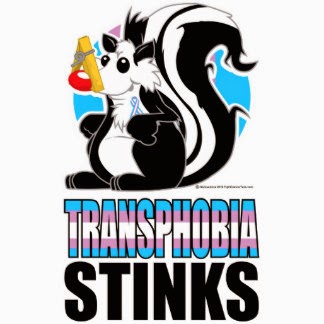 Ryders, what you did was reinforce the dangerous for us 'deceptive transwoman' meme that not only dehumanizes us but fuels the anti trans violence directed at us as was demonstrated by the May 20 attack on two transwomen riding a MARTA train in Atlanta.

Transphobia not only stinks, it is dehumanizing and leads to discrimination, violence and death for us in Canada and around the world .

Thanks for getting that message and pulling the ad.
Posted by Monica Roberts at 10:30 AM