Whatever Happened To 'Whosoever Will'?

It's been a little over a month since I moved back to Houston, and one of the things I miss about Da Ville is my open and affirming Edenside church family and Rev. Sally McClain.

It got me thinking about what in Hades has happened to the Black Church?

Whosoever Will* except if you're gay, trans, liberal, ain't willing to give us your tax refund check...Well, you get the drift. 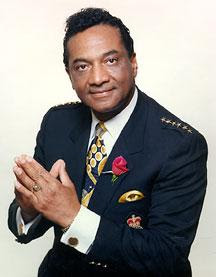 The Black Church has allowed itself to be infected by a virus called 'Prosperity Gospel'. It's basically what the late Rev. Ike used to preach back in the day on steroids.

It's also allowed itself to be infiltrated by the same white fundamentalist preachers who opposed our civil rights in exchange of cash to build and maintain those arena sized churches they run.

Some of them have willingly sold out our community to get faith-based initiative bribe money or suck up to GOP politicians who do not have our community's best interests in mind.

That has made many of these ministers who should have been front and center speaking out about the oppression of other human beings either reluctant to speak truth to power or depressingly hostile chocolate dipped tools laboring for the Forces of Intolerance. 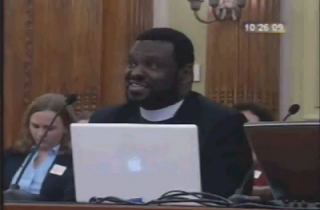 It's not prudent in their minds to do so when they are paying notes on those palatial churches, getting handed large speaking fees to speak at conservafool political and religious conferences or trying to support a jet setting lifestyle and far flung teleministry complete with $1000 suits and flashy cars.

But back to discussing what happened to 'whosoever will'. For the four centuries that African descended people have been on the American continent, the church was the one institution that we had control over. It was the spiritual rock that we anchored our chaotic lives to. It produced some of our greatest leaders and served as a one stop social service and community center. It also was our sword and shield fighting against injustice.

Now it's becoming, as Dr. King once talked about, a 'dry as dust' religion.

But for too long it has been on the wrong side of the civil rights battle that TBLG people are waging against the same oppressive forces that tried to retard our civil rights advances and who would love to roll all African Americans civil rights back like they successfully did at the tail end of the 19th century.

The Black Church really needs to get back to the tradition of 'whosoever will' as soon as possible because all our people's civil rights may depend on it.
Posted by Monica Roberts at 12:00 AM