Remember what I wrote in the post announcing the 11-2 committee vote that ostensibly passed a revised policy with trans protections for Dallas Area Rapid Transit employees?

'If you give conservafools an inch and don't write these policies so there is no wiggle room for opponents to ignore it, they will take the nullification mile.'

Well, looks like the DART committee pulled some shady nullification crap that may have wiped out the gender identity and sexual orientation protections in one swoop, and possibly violated the Texas Open Meetings Law to do so.

Local activists who attended the meeting were concerned not only about the 30 minute executive session the committee went into just prior to the vote, but about the revised language in the proposed new policy that advances to a June 22 DART board meeting for final approval.

This is the new language in the DART non discrimination party;

DART is committed to hiring, promoting and retaining the best qualified persons in all positions and, 'EXCEPT' to the extent permitted by federal and/or Texas law, DART will not discriminate on the basis of race, color, religion, national origin, sex, age, disability, genetic information, veteran status, sexual orientation, gender identity or any other characteristic protected by law.

According to John Wright of the Dallas Voice's Instant Tea blog, the DART board just played the Dallas GLBT community. 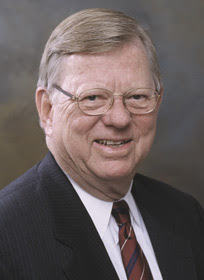 Ken Upton of Lambda Legal is quoted as saying the addition of the word EXCEPT by DART board member (and attorney) Raymond Noah (the representative for Richardson, Highland Park, Addison and University Park) into the policy in Upton's words, “They just screwed you guys over royally.”

“By adding that word in there, they’ve said we can discriminate all we want. It’s exactly the opposite of what they promised they were doing.”

“You’d like to think they’re just stupid, but the truth is you have to assume that the people who write these things at least have basic language skills,” Upton said. “Supposedly there’s at least one attorney involved, so I have to assume it’s intentional.

“That’s unfortunate they did that,” Upton added. “After all the work that’s gone into this, if this is what comes out of it, then we got nothing. They can say that’s not what they intended, but that’s what it says.”

Okay Dallas GLBT community, they just played y'all. What are you going to do about it?

“I’m highly disappointed and angry at this point,” said Rafael McDonnell, spokesman for Resource Center Dallas. “If it was their intention to make us go away, they’ve underestimated the community.”

Alright, Dallas GLBT community, go get 'em.
Posted by Monica Roberts at 5:01 AM