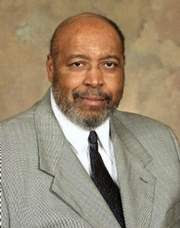 In the eight years I lived in Louisville, one of the first civic leaders I had the pleasure of meeting not long after moving there was trailblazing Metro Council member George Unseld.

I was saddened to hear that retired educator and Councilmember Unseld died yesterday at 6:47 PM EDT after falling in his Metro Council office 20 minutes before a scheduled city council meeting.

Giant of a man is a word you can use to describe him physically and literally. The 6'7" Unseld was the older brother of NBA Hall of Famer Wes Unseld. He blazed some trails himself on the court at Seneca High School and the University of Kansas.

He later became the first first African-American coach of a predominately white high school in Kentucky when he assumed the job at his alma mater Seneca High School. he also served the Jefferson County Public Schools as an instructor and Director of Athletics.

Unseld was elected as a alderman in 1999, and served two teems before being elected as one of the charter members of the merged city's Metro Council District 6 in 2002. He was reelected to Louisville's Metro Council in 2004 and 2008.

While at Kansas, he and Gale Sayers were among 130 students arrested for protesting racial discrimination in the fraternity and sorority system at KU.

Unseld also played a leading role in tackling some large issues facing Louisville over the last decade and a half. He called for policies allowing for civilian review of police actions and a living wage for metro government employees.

In 1999 he was one of five co-sponsors to the original Fairness Ordinance passed by the board of aldermen. The Fairness Ordinance bars discrimination based on sexual orientation and gender identity. In 2004 he voted to affirm the ordinance when the Metro Council later re-enacted it to apply to the merged city. 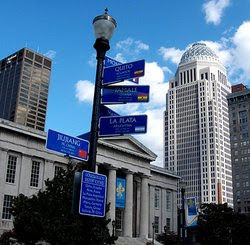 He's had some health issues over the years. He's battled diabetes, a kidney infection, skin cancer, and a drug resistant infection following a knee operation.

But it didn't stop him from interacting with his constituents and progressive Louisville and working hard on behalf of his District 6 constituents.

He was preceded in death in January by his wife and high school sweetheart Jacqueline, who he married in 1994. His 43 year old son Charles Dorsey Unseld passed away in 2009.

George Unseld is a civil rights warrior and another walking slice of Louisville and Kentucky history that has now joined his wife, son and the ancestors.

George, thanks for the wonderful conversations we had at various events every time we ran into each other. You will be missed.
Posted by Monica Roberts at 8:00 PM