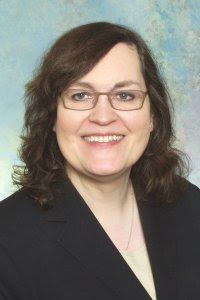 One of the things I have long been adamant about is that qualified trans people need to begin running for public office.

In this political cycle we already have two people running for their state legislatures in Oklahoma and Maryland.

Victoria Kolakowski is seeking to make elective history as well. However she wishes to do so as the first transgender trial court judge.

She's running for Alameda County Superior Court judge, and while Kolakowski is cognizant she'll be making history if she's triumphant this November, she wants Alameda County voters to focus on her 21 years of judicial experience.

She has served as a private practice attorney, a corporate attorney and a current administrative law judge for the California Public Utilities Commission.

"It's not like I'm going to be elected and be 'the transgender judge," she said in a SF Gate interview. "If I'm not going to be able to represent the entire community or have the skills for the job, I don't want people to vote for me."

In California's June 16 primary Kolakowski came close to winning outright. She earned 67,000 votes, 45 percent of the total. Since she didn't get the 50% she needed to win, she is a fall runoff with John Creighton, who picked up 22% of the vote.

If you want to learn more about her or donate to her campaign, you can check out her website.

Best of luck, Victoria. I hope you get the opportunity to serve the residents of Alameda County and make history at the same time.
Posted by Monica Roberts at 6:00 PM