One of the things I need to point out is how pervasive gender and gender role stereotyping is prevalent in our culture. The rigid gender binary has such a powerful connotation that transgressing it as you see played out in transgender people's lives leads to harsh treatment, ostracizing and even death in some cases.

Sometimes even for people who aren't transgender.

On the Remembering our Dead lists are the names Pfc. Barry Winchell and Willie Houston. Neither of these men are GLBT, but died at the hands of others because of the PERCEPTION that they were.

Barry Winchell's story is familiar to anyone who saw the movie Soldier's Girl or who has heard Calpernia Addams speak about it from time to time.

But Willie Houston's story won't been told in a movie, and it's past time that it be heard again. People need to remember the insane reason why we memorialize him on this list. It's an example of the ignorance that some of my people show on gender issues, and unfortunately, that ignorance in this case caused an unnecessary death. 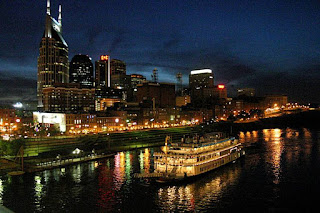 On July 28, 2001, 38 year old Willie Houston, his fiance Nedra Jones, and their friends Valerie and Melvin Holt celebrated their engagement by taking a midnight dinner cruise on the General Jackson Showboat in Nashville, TN.

When the boat docked at 2;45 AM EDT, out of concern for Mr. Holt they decided to wait until most of the passengers had disembarked from the boat before doing so themselves. Ms. Jones had to use the dockside restroom, so she asked her fiance to hold her purse. While Ms. Jones was doing so, Mr. Holt had to also use the restroom so Willie escorted his blind friend to the men's room still in possession of his fiance's purse. Ms. Jones was told by Valerie Holt what was happening when she returned.

A few moments later a man later identified as then 25-year-old Lewis Maynard Davidson III and another man started cursing at Houston. When Ms. Jones told Davidson that he didn't have to talk to Houston like that, Davidson responded,"F--k you, fat b---h." Ms. Jones then read Davidson like a cheap novel while Houston warned the man not to disrespect his lady.

As the Holts, Houston and Jones exited the General Jackson, Davidson and his friend continued to spew abusive language and threats at them. Houston finally told Ms. Jones to stop and let Davidson and his companion pass and as he did said, "I'll f--k y'all up-you and your friends."

As they continued walking with the Holts to the parking lot, Davidson shouted insults at them again before heading off to his car. As Houston was unlocking his Davidson approached him again brandishing a gun.

As Jones shouted for security guards, Houston tried to reason with Davidson by saying, "Man, there ain't no need in acting like this. We just came on the boat to have a good time,...and we are just ready to go home."

To drive home the point that he wasn't looking for trouble, Houston pushed the gun in a downward direction, stepped away from Davidson with hands up and open palms faced outward. Davidson still shot, hit Houston in the chest and jumped into a waiting car that rapidly left the scene. Houston unfortunately died a few hours later

Davidson was caught in Ohio two months later and extradited back to Tennessee. He was tried, convicted of first degree premeditated murder and sentenced to life imprisonment for the murder of Willie Houston.

While Lewis M. Davidson III is rotting in jail, it still doesn't erase the pain for Ms. Jones and everyone who knew Willie Houston. It's also mind boggling to think that this tragic series of events started because the shooter was tripping about someone carrying his girlfriend's purse and ignorantly assumed they were gay.
Posted by Monica Roberts at 9:10 AM

Thank you for telling Willie Houston's story. What happened to him is appalling. Not only did the murder ignorantly assume Houston was gay; what he assumed to be true sent him into a state of active hatred. I'm glad he was convicted.

Reading story like this makes me wanna pray, pray, and just pray.

Yep, it's a dangerous, mean spirited world out there, especially if you're transgender.

The sad part about this case is that all he wanted to do was celebrate his engagement, and he ended up dead because of somebody's ignorance.

I do feel for him and his fiance, what a sad lost.
Yeah, it's dangerous world out there, but we can help make it a safer and better world. It's never ever easy being transgendered, and it's not easy for a man who can love/accept us either. At the end of the day, love is love in this crazy world, and no one can hate on love.

Monica,
after the recent murders of some tran-sisters, I shopped for a fake wedding ring so men would leave me alone, for now :)

Melania,
I hear you sis. Just concentrate on being the best person you can be.

The quality relationship will come in due time. ;)