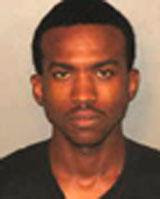 TransGriot Note: As Dr. King stated, we are in an inescapable network of mutuality. For those of you who continue to ignore the fact that transgender people are part of the human family and that crimes committed against us should get the same swift and sure punishment that you accord anyone else, here's a reminder of what some of the possible consequences can be to society if you don't.

Tiffany Berry's killer D'Andre Blake walked the streets of Memphis as a free man for two and a half years because the judge set a ridiculously low bond for her murder. Now a second person has died at the hands of the man who killed Tiffany, his own two year old daughter.

Last night (August 1), WREG-TV in Memphis reported that the man who was charged with the February 16, 2006, murder of Tiffany Berry, has now been arraigned on a second murder charge. On Thursday, authorities in Shelby County charged DeAndre Blake with the murder of his own two year old daughter.

At the time of this second murder, Blake was walking the streets of Memphis as a free man on a $20,000 bond. According to Berry's family, Blake admitted he had killed Berry because he did not like the way she had "touched" him.

"We believe these 'trans panic' and 'gay panic' defenses need to be rejected and that local law enforcement needs to begin aggressive prosecution of all such cases as hate crimes," said Dr. Marisa Richmond, President of the Tennessee Transgender Political Coalition. "If the judge had set a more appropriate bond, or if the Shelby County District Attorney had been more aggressive at scheduling a trial date, this man might not have been out walking the streets for two and half years and that child might still be alive," continued Richmond.

This latest tragedy is just one more in a growing number of anti-GLBT hate crimes across Tennessee. The Tennessee Transgender Political Coalition insists that the murder of Tiffany Berry be prosecuted as a hate crime. We also insist that the Memphis Police Department officers who brutally beat Duanna Johnson, an African American transgender woman, on February 12, also be prosecuted on hate crimes charges. We also urge the Memphis Police Department to step up its investigation of the July 1 murder of Ebony Whitaker, another African American transgender woman.

In other parts of Tennessee, we insist that local authorities aggressively investigate and prosecute additional hate crimes including the murder of Nakia Baker in Nashville on January 7, 2007, the ongoing harassment of a gay man at his home in McMinnville, and last weekend's tragic shooting in the Tennessee Valley Unitarian Universalist Church in Knoxville. All of these events show that there needs to be increased education across Tennessee about the GLBT community, and a more serious look at hate crimes covering both sexual orientation and gender identity.

We also urge members of the Tennessee General Assembly to address the inadequacies of Tennessee's hate crimes statute in Tennessee Code Annotated 40-35-114 (23), as soon as they reconvene in January. This should include adding "gender identity or expression" to the language. It is also time for the United States Congress to pass the Matthew Shepard Hate Crimes Act.

We also wish to extend our condolences to the other family members of the child who lost her life so senselessly this week.

(c)2008 Out & About Newspaper
All Rights Reserved
Posted by Monica Roberts at 1:57 AM

Lock the asshole up, throw the key away, or better yet put him down like the rabid animal he is, and not in 10-12 years, but in a year or less. You can't rehabilitate the likes of this animal.

While we're at it, we need to pass a constitutional amendment outlawing the panic defense. It is indefensible.

How often does this happen?

I'd be surprised if this was the first time a murderer got off on a trans panic defense and killed again. Probably worth it to look these guys up.

Good chance I already read about at least one and just forgot.