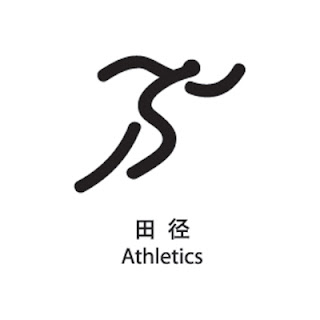 It's been a while since I've seen an Olympics (Munich 1972) in which a Team USA track squad has had this many gaffes, miscues, medal favorites who fizzled and just plain old bad luck.

Not counting the boycotted Moscow Games, this will be the first Olympics ever that the United States has gone 0-6 in the sprint events (men's and women's 100m and 200m and the 4x100m relays).

I realized that Usain Bolt was going to kick some major butt in the 100m and 200m and correctly predicted to friends that Michael Johnson's 200m world record he set at the 1996 Atlanta Games would fall. I felt the Jamaicans had the better women's sprinters since our ranks over the last 8 years have been decimated by suspensions and retirements. 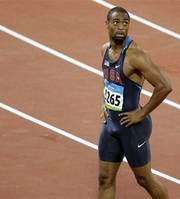 But I didn't expect both the men and women's 4x100m relay teams to drop the baton in the same event in the same games.

For an American track fan, watching a US relay team in the Olympic or world championship final, even if we don't win the gold, is an event we take almost for granted. When it doesn't happen, it's major sports news. 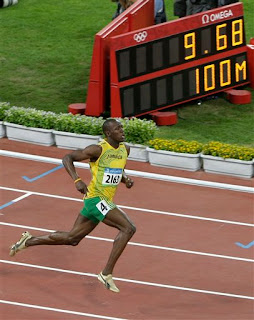 I realize these things go in cycles, and from time to time you will get an extraordinary athlete like a Usain Bolt that wasn't born in the USA. That's the breaks. There's a lot of things I'm mad at the Jamaicans about, but you gotta give it to them, they busted their behinds to get to this point. They have an opportunity to become the first nation to go 6-6 in the Olympic sprint events since Team USA did it at the 1984 LA Games.

While the world has clearly stepped up its game in athletics (what the rest of the planet calls track and field) I feel the USA not only hasn't kept pace, but has gotten sloppy in the way it promotes the sport and develops talent. 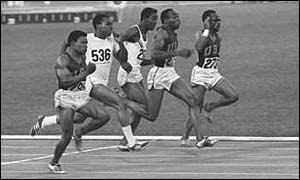 I grew up watching track events in Houston, which was a hotbed of the sport at one time thanks to HBCU's Texas Southern and Prairie View A&M. Longtime PV women's coach and Hall of Famer Barbara Jacket was the US women's Olympic coach in 1992 and 1968 Olympian and Hall of Famer Jim Hines was a TSU Tiger.

There used to be US TV network coverage of the major track competitions like the Penn and Texas Relays among others. Because of our historical connections to the sport, Houston papers covered track at the high school level and collegiate level as well. 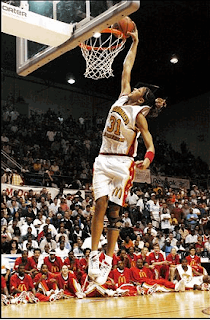 Once upon a time in the States, just as we followed Candace Parker from the historic 2004 McDonald's high school All-American game when she became the first female player to beat the guys in the slam dunk contest to playing for Team USA in Beijing, we used to know who the up and coming track phenoms were and developed them for future Olympic glory.

Now you have to hunt for any coverage of it, much less any coverage of a high school level track meet. I was bummed to find out the Kentucky state championship track meet happens here in Louisville on the U of L campus, and I didn't find out about it until AFTER it had occurred.

I'm happy to hear that incoming USA Track & Field CEO Doug Logan has promised a comprehensive review of the way the US federation does things— including the way we select, train and coach our relays.

It can't happen soon enough in my opinion. The opening ceremony for the London Games happens on August 29, 2012.
Posted by Monica Roberts at 12:05 PM

I totally agree with your commentary. It is a disgrace that we have done so poorly in the track and field events. It is inexcusable!

You've got a very interesting blog. I googled something about shoes and I stumbled across your page. I've read a few of your older entries and you're very well spoken and your blogs are well organized and thought out. Nice post :)

Felicia.
Seems like I'm not the only person that agrees with you that Team USA performance in track was less than stellar. Things need to improve before 2012.

Since I wrote this post, Bryan Clay won the decathlon and Team USA defended their men's and women's titles in the 4x400 relay.

But I still stand by the post that we need to overhaul how we develop track talent in this country.

Track talent has to want to stay in track. These days T & F is just a bridge for football and basketball athletes. It's tough to convince young high schoolers to pass up the money sports for a sport that always keeps historical significance to it. The problem is that our past olympians were always looking for their fame in the wrong places. Instead of cashing in our their gold by becoming top coaches at the top schools, or being sports announcers they were trying to become movie stars, and football players......i.e. Skeets Neiamiah. If T & A were to become popular again vis a vis the Wide World of Sports track athletes would need to know that becoming top coaches who can train athletes in every aspect of the games is a well paying and long lived career!!