The Wreck Of The Henrietta Marie Exhibit 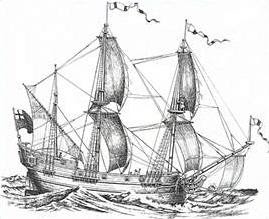 On a story summer day in 1700 a homeward bound British-based merchant ship was driven onto shoals 35 miles west of Key West, Florida. It broke apart and sank with the loss of all hands and its cargo. Prior to its demise in the Florida Keys, it had made a stop in Jamaica to sell some of its cargo it picked up in the initial leg of its vovage from London to the west coast of Africa.

Over 250 years later it was discovered in 1972 by Mel Fisher, who was looking for the sunken Spanish galleon Nuestra Señora de Atocha. Dubbed the 'English Wreck', the site after some preliminary exploration lay undisturbed until 1983. 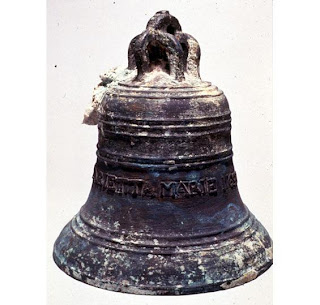 Upon further examination of the wreck site by archaeologists, they discovered a set of shackles. As they continued to comb the wreck site they found additional pairs until the count reached 80. After discovering the ship's bell, they have concrete evidence of the ship's name, and after checking surviving maritime records in Jamaica learned of the nature of the cargo it had sold there.

The cargo it had offloaded there was 190 captive Africans, and the wreck that Mel Fisher had discovered was the Henrietta Marie.

They had discovered not only one of the few slave ships to sink in North American waters, but had a name for it as well. In 1993 members of the National Association of Black Scuba Divers placed a memorial at the wreck site.

The memorial faces the African coast three thousand miles away and has a plaque that bears the ship's name.

The inscription on the plaque reads;

"In memory and recognition of the courage, pain and suffering of enslaved African people.

Speak her name and gently touch the souls of our ancestors." 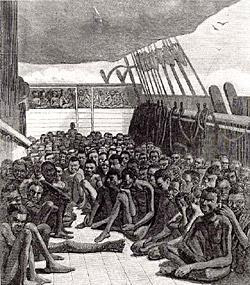 I recently found out that the Frazier International History Museum here in Louisville has been hosting the traveling exhibit since January 26. Since we rarely get these caliber of exhibits here and it will only be in town until May 26, I made it a point to go to the Frazier yesterday and check it out.

If it does hit your city, I would highly recommend it. I along with a multicultural crowd spent a few hours Sunday afternoon wandering through the interactive and critically acclaimed exhibit. It transports you back to the world of 1700 and tells the story through spoken word, video, artifacts from the ship, maps, smells and song.

It drives home one point I've been making for several years now. Our culture and our nation today is still affected on multiple levels by the echoes of the slave trade. The only way that we can more forward from the current testy state of race relations in this country is to confront that history head-on.
Posted by Monica Roberts at 12:45 PM

[History] is little else than a picture of human crimes and misfortunes.
Voltaire

Thank you for the article as I am fascinated by history. I am glad you are feeling better and posting again.
I pray that your friend is doing well and healing from her situation.
Love & Respect