We STILL Need A Trans Juneteenth 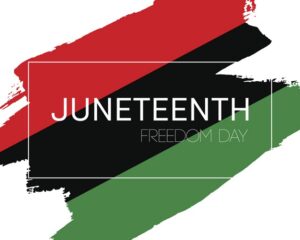 We also need to be as Black trans Texans involved in the life of straight and SGL Black America as well.  We need to show up and handle the community's business on issues of importance to ALL of us as Black Texans and Black Americans.
TransGriot, Juneteenth 2017

Back on Juneteenth 2012 I wrote a post making the argument that the Black Trans community in the US  and in my home state of Texas needed to have a a trans Juneteenth that liberated us mentally, saw us boldly claiming our seat at the Black cis community table and all the other spaces we intersectionally interact with, and make the effort to run for office.

It's eight years later, and we STILL need to make that Black Trans Juneteenth to happen for us.

As we celebrate the first Juneteenth to take place in the 2020's, we do so under challenging circumstances as usual.   We have a COVID-19 pandemic the Republicans have politicized and deliberately let run rampant because it is disproportionately killing Black people. And because we are Black people, that is negatively affecting Black trans people as well.   So is the plague of police violence.  Tony McDade is one of our fallen trans masculine peeps who has barely been mentioned any time there are media discussions about the unacceptable levels of unarmed Black people being violently killed by the po-po..

We are also still dealing with the issues we had before COVID, in terms of having to deal with anti-trans hatred inside and outside the Black community.  That transphobic hate speech is being converted into hate violence  that manifests itself in cis Black people assaulting or killing us.

That needs to stop.

We are 130 plus days away from an election that will change the course of American history.   We are a few days from the landmark SCOTUS decision in the Bostock case that emphatically states that it is illegal to discriminate against trans and SGL people.

But that SCOTUS case only is changing laws.   It still doesn't change the transphobic hate in the hearts of the people who despise us.

The onus is on us to when we encounter situations in which when people want to deny us a seat at the table, we either pull out a folding chair and sit there anyway or build our own damned table.

For the rest of 2020, into 2021 and beyond, we need to make sure that our government officials not only see us but hear us.  If if they don't. then we step up and run for office ourselves.

And yes, we  need to see more Black trans folks running for public office.  While I'm happy that we have 27 trans elected officials in the US right now, only two of them are Black, and they both serve on the Minneapolis City Council.

I'm also proud to see you Black trans folks who are going to college and getting something the oppressors can never take away from you in terms of a good education.

I am always rooting for our community trailblazers, whether it is on a pageant stage or a Hollywood sound stage.  Any trans person who is breaking a barrier makes it easier for the next one following in their footsteps.

And yes, I see you trans peeps whose major accomplishment is just getting out of bed and stepping into the world as your true selves.  You are loved, valued and needed in our community.

We not only need to make this trans Juneteenth happen not only for ourselves, but for the trans kids who look up to us as their possibility models.

Happy Juneteenth!.   But more importantly, time for us to in the spirit of this day, strive to emancipate ourselves as well.