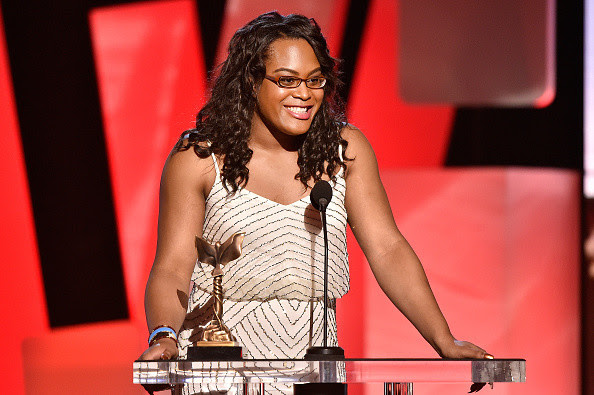 While the Oscars broadcast and the people nominated for the awards will be melanin free, there are other awards shows that are far more diverse than the whitewashed Oscars.

Was excited to find out that Tangerine actress Mya Taylor picked up an Independent Spirit Award for her performance as Alexandra in that independent film that was considered Oscar worthy but unfortunately was snubbed by the Academy for consideration.

Taylor made a little trans history when she picked up that award for Best Supporting Female. She's probably the first out trans person to do so and noted in her acceptance speech that Hollywood needs to expand opportunities for trans actors.


Congratulations Mya!  Hope the award results in more acting opportunities coming not only your way, but for all trans actors.