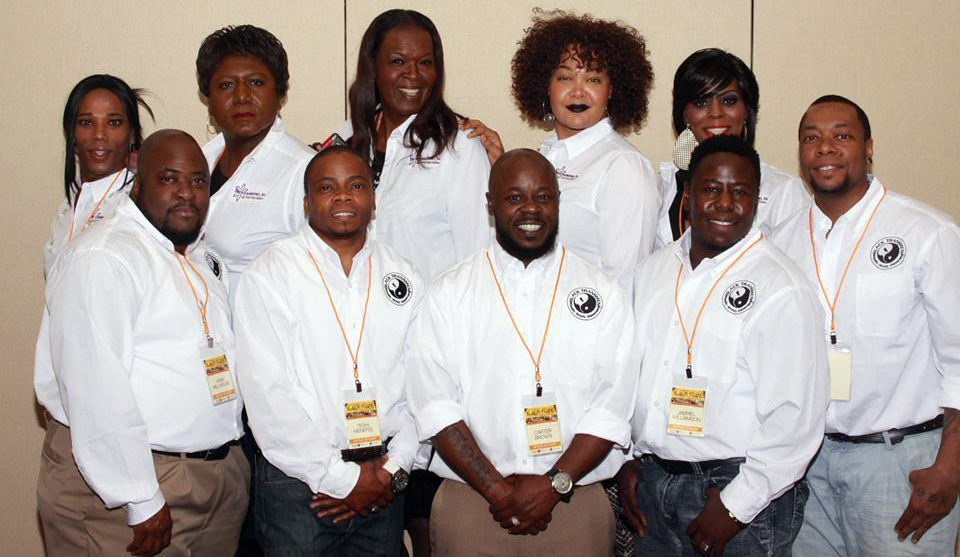 TransGriot Note: Do need to point out in the interest of journalistic integrity that I sit on the board of Black Transwomen, Inc.

This conference up I-45 north from me in Dallas has been growing steadily over the last several years, and will be celebrating its fifth anniversary when it kicks off in April. 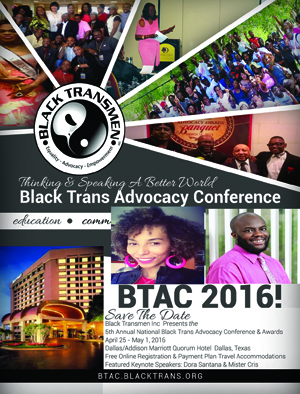 It's the Black Trans Advocacy Conference & Awards Gala and this year's event for April 25-May 1 will be moving to a new hotel, the Dallas/Addison Marriott Quorum by the Galleria.

This year's theme is 'Thinking and Speaking A Better World' and you're invited to join the BTAC family at an event designed to do just that.

I had the pleasure of being its first trans feminine keynote speaker in 2013, so I'm always interested in seeing who will get that keynote nod at every BTAC event.  This year's BTAC 2016 keynote speakers will be Mister Cris and Dora Santana.

And as always, the awards gala, the Black Trans International pageants, the Family Fun Day at Austin Ranch, the Black Diamond Ball and the information filled workshops and panels make this a unique for the conference world exciting, fun filled and informative week in the Lone Star State.

And in addition to it being in my home state and it being one of my fave conferences, it either falls on or very close to my birthday, and it has been a blast the last two years celebrating it during an event with my Black trans family from around the country and increasingly, as Dora's presence as this year's keynote speaker is indicative of, across the African Diaspora.

You have time to get that registration in for the BTAC conference, consider submitting a panel discussion topic or get ready to walk the Black Diamond Ball floor.

So hope to see y'all in the BTAC house this year as we spend the week of April 25-May 1 thinking and speaking a better world so that once we leave we can translate that into action on behalf of our community. .
Posted by Monica Roberts at 8:30 AM

I'm so looking forward to seeing you my dear sister! Missing you! Family reunion time is approaching.