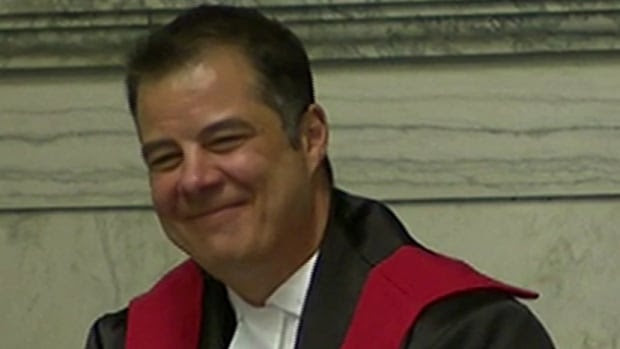 Kael McKenzie made Canadian history yesterday when he was sworn in as the country's first transgender judge after being appointed to that position by a independent judicial nominating committee in December.

The 44 year old McKenzie is not only the first ever trans judge in Canada and the province of Manitoba but is possibly the first out trans masculine judge on the planet.

He is also of First Nations descent.

"I'm just one example of many of my colleagues and people who are attaining certain levels of notoriety that can show people we are just people." McKenzie said in a December interview. "We are just doing what everyone else does and we can achieve whatever we want with hard work and dedication."

After serving in the Canadian Armed Forces and graduating with his law degree from the University of Manitoba in 2006, he transitioned in 2011, served as a prosecuting Crown attorney for five years and in private practice before getting his history making appointment to the Manitoba provincial court bench on December 17.

McKenzie has also been active in the TBLGQ and legal communities as a member of the Canadian Bar Association  and the news about his appointment has been overwhelmingly positive.

"This is something to be celebrated," said Ken Champagne, the Manitoba Provincial Court's Chief Justice.

Yes it is.   Congratulations to Judge McKenzie, and I hope to see many more Canadian trans folks making history