Since When Is Featuring Glamorous TWOC On A Magazine Cover A Trans Activism Problem?

Once again, we trans women of color have to point out the freaking obvious in terms of these salient points.

*Our trans feminine transitions are not like our white counterparts.
*Race matters, even in the trans community.
*Black trans women fight the same demonization of Black beauty that our cis counterparts have dealt with for four centuries.

Since when?  I found the timing of this argument interesting, especially when the women on that Candy cover are predominately trans women of color.

Who says that trans glamour and trans activism aren't complementary?   Why is glamour and activism an issue in this case when it wasn't for trans women with less melanin in their skin like the late Christine Jorgensen, April Ashley, Caroline Cossey and most recently Jenna Talackova?
And with trans kids transitioning at younger ages, there's a high probability some of those young trans feminine activists are going to grow up to be very attractive trans women when they hit adulthood.

I'm amazed and perplexed to see a magazine cover of glammed up trans women of color elicit such a response and I have to ask the question why.   Is that Candy cover of glamorous trans women of color perceived as that much of a threat to white trans women?  Do you not realize that broadening the conversation also helps our trans human rights struggle?  Are elements of the white trans feminine community still mad because the trans feminine narrative for the first time since 1953 is not all about white women?

L'lerret Jazelle Ailith wrote a response to the Advocate.com op-ed on her blog  in which she said:


"It’s odd that a white woman is critiquing the ways in which trans women of color perform gender and how they “conform to the norms” seeing that norms and everything having to do with beauty and gender and acceptability are meant to keep non white folks out. Elle says that these women ‘blend in’ and are ‘conventionally beautiful’ when that just isn’t the case. Being black in the first place automatically knocks one out of this country’s historical colonialists and white imperialist convention." 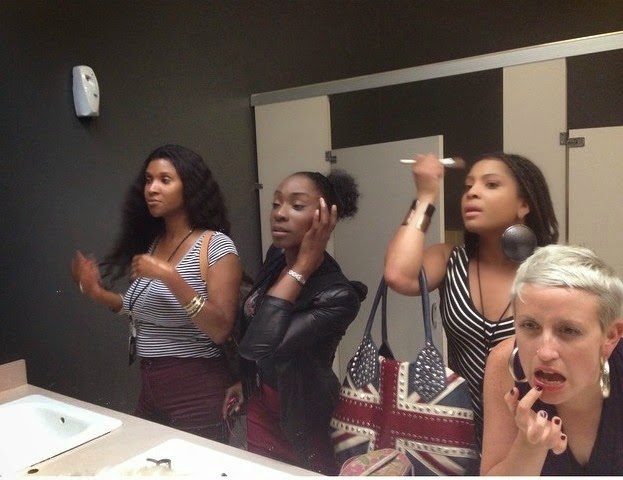 Ailith continues to say in her brilliant response to the op-ed  post:  "Activism cannot be quantified and I think operating under the idea that it can can have people feeling super uncomfortable. As a white woman, you may not understand this but the simple act of getting up and being in the public eye and proclaiming your transness unapologetically is an act of revolution for every trans person of color and in that right, they are doing the work.

How dare you demean the existence of women who didn’t have to speak on their identity but chose to do so in order to work towards a more inclusive and visible society where young black and brown persons felt value and could imagine dreaming up more than trying to blend in and get “normal jobs” and be respectable; A society where they could finally feel beautiful and in charge of their own destinies. How dare you label the work of fellowshipping to the younger folks looking up to these possibility models as insignificant." 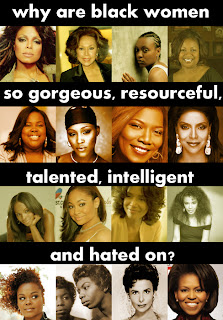 So yes, I'm pleased and proud to see a generation of young trans feminine activists of color who not only have no problem looking fly, but handling their activist business either like Precious Davis, Katrina Goodlett, Angelica Ross, Channyn Parker, L'lerret Ailith and Arianna Lint just to name a few.

That is vitally important as we trans activists of color seek to work with, advance the trans human rights cause  and 'ejumacate' communities that are even more rigidly invested in the gender binary.

One of the negative memes that has historically been deployed against trans women by our oppressors is the 'linebacker in a dress' one. It is one that is doubly problematic when it is aimed at African-American trans women, because we also have to deal with society's four century old 'unwoman' attacks on Black womanhood

You also have the reverse situation of any Black woman who doesn't fit societal expectations of what feminine beauty is having 'that's a man' shade hurled at her or worse.

If you think I'm kidding about that, when the tennis season cranks up in a few weeks and Serena Williams starts beating the European tennis glamazons again, check out what is said about her in the comment sections.
It is a problem when our white trans feminine counterparts don't understand or are clueless about  those salient points I highlighted earlier in the opening paragraph, but fail to understand until recently the trans societal beauty standard and discussion around trans femininity was very much being all about them until we point it out.

And don't get huffy or mad because we trans women of color did so.
Posted by Monica Roberts at 12:00 AM