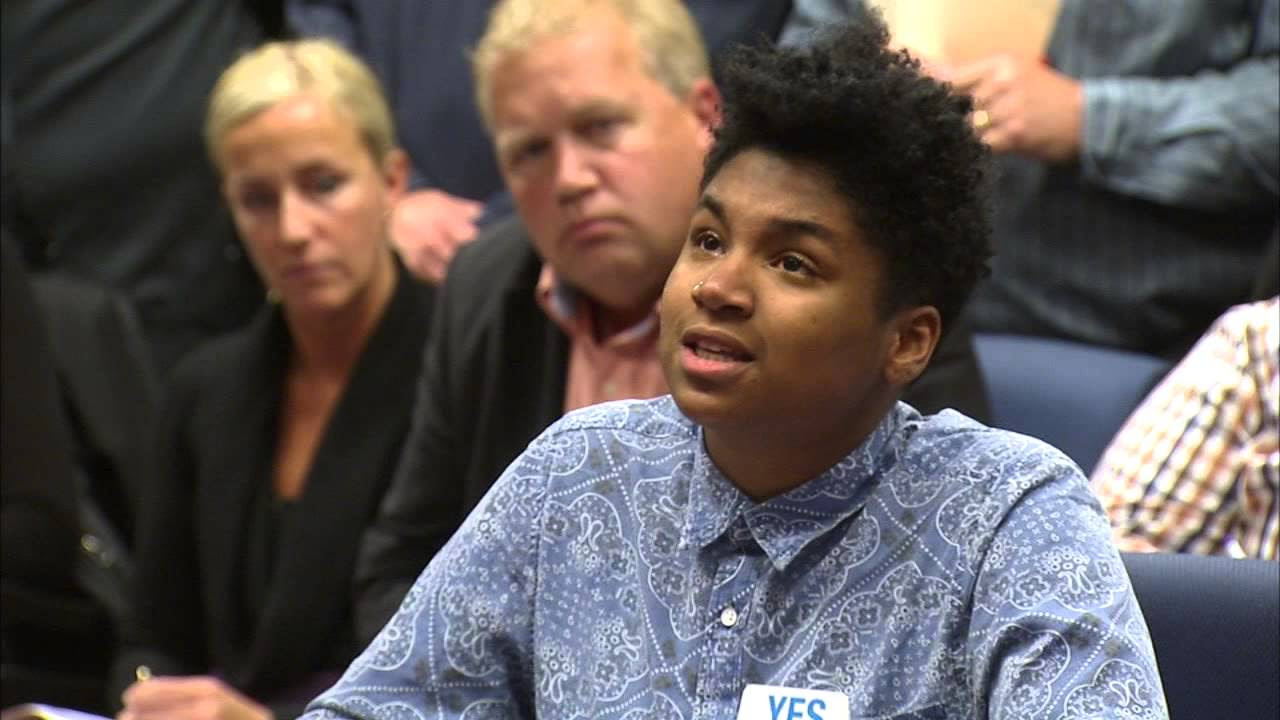 You may recall when I posted the testimony of Zeam, who was lobbying the Minnesota State HS League to let him and other trans students participate in high school sports.

The MSHSL board decision on trans participation was unfortunately delayed until December 4 and I hate when they do that because it gives the bigots of the Minnesota Child Protection League time to crank up the anti-trans hatred and disinformation.

The issue of trans participation in high school athletics came up once again in the Land of 10K Lakes..  Despite another full page transphobic ad paid for by the MCPL haters and once again printed in Sunday's Minneapolis Star-Tribune newspaper, the MSHSL by an 18-1 vote dealt the haters a crushing defeat and approved a policy to let transkids play

The transphobic ad was also quickly criticized by the LGBT Sports Coalition.

The passage of the policy was heralded by many of the state's education and political leaders, including Rep. Keith Ellison (D-MN)

"I applaud the Minnesota High School League's decision to pass a proposal that tells trans students in our community their identities matter just as much as everyone else's," said Congressman Keith Ellison in a written statement. "At a time when so many transgender students are bullied and harassed in the schoolyard, the MSHSL's decision recognizes their dignity and humanity on and off the playing field. All trans students are asking for is to be treated as human beings and I stand with them."

Congratulation to Minnesota for saying no to the haters who tried to grossly distort the issue and becoming the 34th state to let transkids play.
Posted by Monica Roberts at 12:00 AM