Laverne Cox has broken historic ground on a number of fronts in 2014, but I discovered another historic first that she'd accomplished when I picked up some reading material for my long wait for my homeward bound flight from New York a week ago.

The EBONY Magazine Power 100 issue was the one I purchased , and I was excited to discover that when I looked through the peeps that had been named to it for 2014, Laverne Cox was among them. 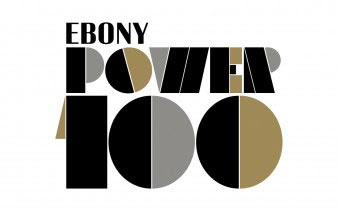 It is a BFD in the African-American community to be named to the EBONY Power 100.

EBONY has been selecting the heroes and sheroes of this community and inspiring African-Americans in various categories for over 70 years to compile this list..

This year, for the first time ever, I got to see a transperson included in those EBONY Power 100 ranks.  When I thought about the magnitude of what I was seeing as I read the article in the LaGuardia terminal, it made me cry tears of joy.   I'd actually lived to see one of our own sheroes  be named to that EBONY Power 100 List.

It also is emphatic evidence of what I been saying in these electronic pages for years when I point out that we are part of the kente cloth fabric of the African-American community.

Laverne is the first out trans person to be named to the EBONY Power 100, and I couldn't be more proud of her.

Congratulation Laverne to adding another groundbreaking accomplishment to a long list of them you have achieved in 2014.   Can't wait to see what happens for you in 2015.
Posted by Monica Roberts at 4:03 PM