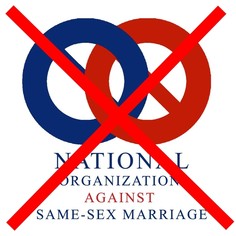 Wasn't surprised by the recent revelation that the National Organization for Marriage was attempting a cynical strategy to split African-Americans and Latinos from the coalition supporting same gender marriage and LGBT rights.

“The strategic goal of this project is to drive a wedge between gays and blacks — two key Democratic constituencies,” read the NOM memo that outlined a plan to recruit African-American spokespeople to speak out against gay marriage, then organize a media campaign around their objections.

Of course, NOM is unrepentant about getting busted and went into damage control mode, with NOM president Brian Brown boasting that they proudly bring together people of difference races, creeds and colors.

"We have worked with prominent African-American and Hispanic leaders, including Dr. Alveda C. King, Bishop George McKinney of the COGIC Church, Bishop Harry Jackson and the New York State Senator Reverend Rubén Díaz Sr., all of whom share our concern about protecting marriage as the union of one man and one woman."

Let's be real for a moment and cut the conservabull.  It's more like you work with sellouts and human rights oppressors from those communities. 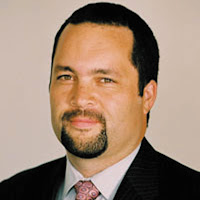 African-American leaders from the NAACP and NBJC began calling out NOM for their reprehensible tactics.  NAACP President and CEO Benjamin Todd Jealous stated in a press release:

“This memo only reveals the limits of a cynical agenda,” stated Jealous. “The truth is that no group, no matter how well-funded, can drive an artificial wedge between our communities. People of color understand what it is like to be the target of discrimination. No public relations strategy will make us forget that.”

It followed up a statement by former NAACP chairman Julina Bond in The Hill in which he called out NOM, stating the strategy memo "It confirmed a suspicion that some evil hand was behind this.”

"These documents expose NOM for what it really is--a hate group determined to use African American faith leaders a pawns to push their damaging agenda and as mouthpieces to amplify that hatred.  NOM is fighting a losing battle. With these memos made public, the black faith community must refuse to be exploited and refuse to deny their fellow brothers and sisters equal protections under the law."

Now can we get some other African-American leaders to step up to the plate and condemn this hate group?