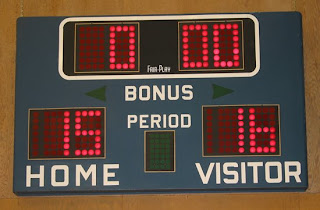 During the drive back from Washington DC to Louisville in the aftermath of our recent lobby days, I was doing some thinking after I finished my turn at the wheel through western Maryland and most of West Virginia.

I thought about what we'd recently accomplished versus what the Forces of Intolerance tried to pull in DC before we got there and it hit me.

Our opponents went up to Capitol Hill in April bullying and browbeating legislators while we put together reasoned, thoughtful arguments as to why they should pass hate crimes and a transgender inclusive ENDA. It also didn't hurt that Newsweek published its article on gender the very day we started Transgender Lobby Week and 20/20's Barbara Walters did her story on transgender people a week afterward.

We have more and more increasingly positive news coverage. More states are prohibiting discrimination based on gender identity in addition to the long list of cities that already do so. Hollywood and popular culture has started to take our stories seriously instead of as a joke punchline. Transpeople are getting elected to public office or running close races to get there. The next generation of college kids and high schoolers is on our side. In fact many of those high school and college kids are embracing the reality in their lives and transitioning themselves as early as their elementary school years.

Even the scientific trends are leaning our way. With each passing year the Human Genome Project and other scientific research, despite the best efforts of the Forces of Intolerance to discredit their work continues to make discoveries about gender and how it's not a rigid binary system as previously thought but more fluid and complex.

But despite these positive trends, we still have some work to do and dark days to come. We have the undivided attention of the Religious Reich. They will use every dirty trick, falsehood and lie to prevent the inevitable from happening just as they tried to do during the 60's Civil Rights Movement and failed.

We will lose more transgender people to violence. The Remembering Our Dead list will get longer. The anti-transgender rhetoric coming from their acolytes will get nastier and more hateful. They will try to spin and twist Bible verses to favor their immoral positions. But in the end the result will still be the same and the neo-fascists will lose. 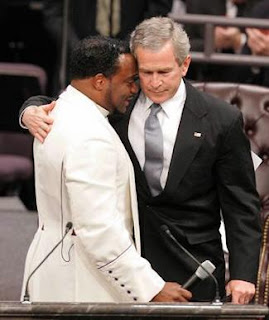 We transpeople hold the moral high ground as well. How can people who CLAIM to be 'ministers' or 'christians' be on record as favoring efforts to deny people their civil rights or openly working to oppose them? How can they be working to throw shade at people who are trying to deal with a medical condition they didn't ask for and assert their fundamental right to control their bodies to deal with it? How can they turn a blind eye to people being viciously beaten, assaulted or killed because they are transgender? The Reich also knows that there are no Biblical scriptures specifically mentioning or opposing transsexuality so they are busily trying to spin Paul's words (a conservative's favorite tactic) to make it appear that way. 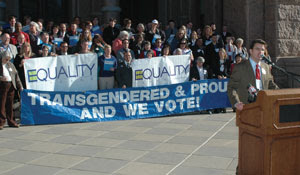 We are the next phase of the Civil Rights Movement. We transpeople are their spiritual heirs. Our opponents are the Bull Conners. J.H. Jacksons and Orville Faubuses of the world. They have an established losing track record when it comes to opposing freedom and human rights.

Like their bigoted and hate-filled predecessors, the transphobes will lose.
Posted by Monica Roberts at 2:13 AM