Old School vs. New School Music – What Defines Them? And What Exactly is ‘Middle School?’ 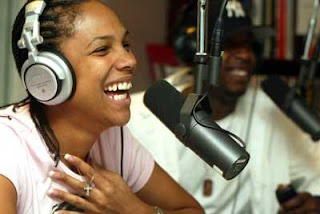 Right smack in the middle of the discussion about old school versus new school music is Monie Love.

One of the premiere female rappers from the late 1980s and early ‘90s, Monie Love once had a Grammy-nominated hit called “Monie In The Middle.” Today, the mother of three is touring the country hosting True School parties sponsored by True School Corp., an organization of seven brothers that promotes the music Love believes is being ignored.

“Middle school is a completely unrepresented era of music -- whether it's hip-hop or R&B -- almost to the point that radio would want to convince us it does not exist,” Love told BlackAmericaWeb.com.

She said younger people who follow acts like Pretty Ricky, Bow Wow and B2K have places to go and radio stations where they can hear their favorite songs.

“There is a place for my mother to go when she wants to listen to Barry White, Anita Baker and James Brown,” said Love. “There is no place for me and everybody in my era to go hear our music."

She is talking about the music of the late 80s, 90s and the early 2000s “all the way up to about 2004.” That roll call of artists includes Guy, then Blackstreet, Brownstone, SWV and Total. “You don’t hear those songs,” said Love.

While Love seems clear on what "middle school" is to her, just how to define old or new school depends on who you ask. 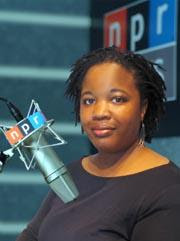 “Old school can be Afrika Bambaataa and Grand Master Flash, or for some other people, it may be 2pac,” said Farai Chideya, host of National Public Radio’s “News & Notes,” which is doing a series on hip-hop this month. It was Chideya who suggested in an interview with Love that the music she was describing could be called middle school.

“To me, old school is Eubie Blake, old blues, though that is far before my era,” Chideya told BlackAmericaWeb.com. “It depends on your cultural reference.”

“I just like black music period,” Powell told BlackAmericaWeb.com. “Looking at my iPod, I have Ella, Duke, Stevie, as well as the Tommy Boy collection of hip-hop. I’ve never gotten into that dividing of our music into categories. I think it’s a way to discard very vital parts of our musicial tradition.

“I say classic hip hop like others say classic rock. I say classic jazz. I don’t want to say what Duke and Ella and Miles did was old school. We need to see as it all as a flowing of our tradition.”

While DJ Nabs, the XM radio host of “The Product and The Power," agrees in philosophy with Powell, he told BlackAmericaWeb.com that he doesn’t have a problem using the terms.

“Old school is timeless music,” said Nabs, who is based in Atlanta. “It’s everything that stands the test of time. New school is the younger generation’s interpretation of Old School -- and they don’t even know it. There are images and ideas that are new to younger people. What they have really done though is just built on to what has been here before.” 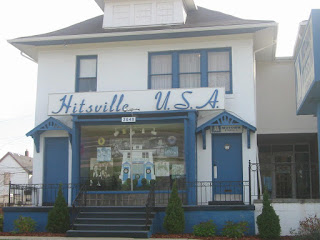 To Steven Ivory, a freelance music journalist based in Los Angeles, old school is simply the soul music he grew up on.

Ivory, 51, said he listened to “Motown, the O’Jays, the Philadelphia sound, Stevie Wonder, Jackson Five, Temptations and Gladys Knight. The stuff before that was referred to as the golden oldies."

Ivory told BlackAmericaWeb.com he recognizes that record companies need to brand or title music, but he points out how meaningless titles can be.

“When I listened to the music being called neo-soul -- Maxwell, D’Angelo, Musiq Soulchild, Jill Scott and Erykah Badu -- it reminded me of listening to Marvin, Aretha, Stevie, Curtis Mayfield, the architects of that music," said Ivory. “I decided these kids are not making something new. They are making something old.”

In all of African music, since the beginning of time, until now, there has been a continuity in rhythms, emotions and creativity, everyone agrees. 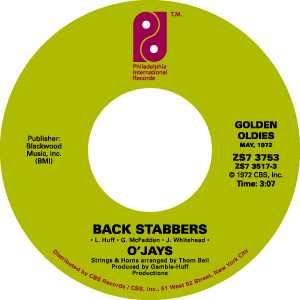 “There are things Smokey Robinson, Teddy Pendergrass, Barry White and especially Al Green did when I watched them in concert on TV, and I saw the same traits watching Jodeci perform,” said Love.

Of course, there are music fans and critics who dismiss any new music that uses synthesizers or drum machines instead of real instruments. These critics totally discard any music created by sampling, the practice of reusing a portion of an earlier recording as an instrument or element of a new recording. Sampling is common practice today, especially among hip-hop & R&B artists.

In the 1994 book "Black Noise" by Tricia Rose, Eric Sadler of Public Enemy fame offered an explanation of his process of composing, using sampling. “You got stuff darting in and out absolutely everywhere,' he said. "It's like someone throwing rice at you. You have to grab every little piece and put it in the right place like a puzzle. Very complicated. All those little snippets and pieces that go in, along with the regular drums that you gotta drop out in order to make room for it."

“If you broaden the consciousness, you will see that people were sampling in the 1800s and 1900s,” said Chideya.

“Black people have used whatever we have at our disposal to make music,” said Powell. “Today, one of my friends uses his Mac book to make sounds. People will use ultimately what is at their disposal.”

People who dismiss sampling, said Powell, “ignore the tradition of African people to make something out of nothing.”

“Hip-hop sampled from every kind of music, which is why it took over,” said Nabs, who also plays saxophone. “If you don’t understand the production side, you can think they just took something, and that was it. If you listen, you get it.”

Nabs and others say record companies, some radio stations and the media must bear responsibility for any lack of creativity seen in today’s music. Most radio stations play the same type of music over and over, and major corporations market and push a narrow selection of what is made, they said.

“I was listening to great 1960s reggae music the other day, and it had nothing to do with Bob Marley. I can’t refer to that music as old school. It’s just great, great black music. When you listen to James Brown music, you can’t tell me his music isn’t timeless.”

“The big picture is that we black people don’t own much,” says Nabs. “We don’t control our music. The frustration of hip-hop is it that it is being presented as if it is one-dimensional. I’m 38, and I still vibe with Mos Def, and he’s not on BET or commercial music stations.”

“I think it comes down to no matter who is making the music or how old they are, the music is either good or bad,” said Ivory. “You can put any title on it, but the people who bought Gladys Knight buy D’Angelo. I have decided I am going to choose to see the classic R&B I grew up with as classic music, a framework for newer music, as vital and important as Beethoven and Brahms. We have so changed modern culture through our music. We should revere it.”

Monie Love will do her part to make sure people don’t forget the not-so-old music. She's inviting everyone to have a middle school music party in their community.

“It might be a naive thought, but with these traveling parties and interviews, hopefully, this music will pick up, and radio programmers will start picking it to be played,” said Love, who is mother to three children, ages 16, 10 and four.

“Everybody has a soundtrack for their life," she said. "There was a song on the radio when you lost your job and got in the car and turned on the radio. When everything is grim and the outlook looks dark, music is the only thing that makes you feel good.”
Posted by Monica Roberts at 1:02 AM