Letter To My Fellow African-Americans 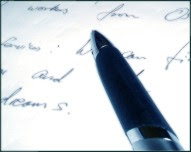 As one of your transgender cousins who shares your ethnic heritage I am moved to ask this question.

What the hell is wrong with y'all?

What has caused some of y'all to take leave of your senses and work with white fundamentalists who only 40 years ago were not only opposed to us gaining our civil rights but didn't want you, your kids or your grandkids to marry their sons and daughters?

It's pathetically sad when you have a group of African-American ministers go up to Capitol Hill to lobby against the passage of the Hate Crimes Bill at the behest of the same group of white fundamentalist preachers who fought our inclusion during the Civil Rights Movement.

It's also mind numbing and sad to ponder that the baby daughter of the greatest American our country has ever produced, the man who eloquently stated that 'injustice anywhere is a threat to justice everywhere' is associate pastor of a megachurch in which the senior pastor is one of our oppressors and has made anti-gay statements herself.

Why do some of you hate us so much that you will kill us, brutalize us and vote against your own political and economic interests to put people in power to curtail GLBT civil rights? Why are you tossing us out of our homes and churches, ostracizing us within our families, demonizing us inside and outside the African-American community and selectively twisting Biblical scripture to justify it?

Please spare me the 'love the sinner but hate the sin' bogus scripture BS spin line that some of you will use as an excuse to justify your ignorance and hatred. The real deal is that y'all have allowed a bunch of white fundamentalists to jack with our historic community unity by injecting a false issue into our community debate. We have far more pressing issues to deal with than whether Adam and Steve or Tanisha and Markisha get married. We have allowed The Forces of Intolerance to not only gain a foothold in our churches and our communities, but allowed them to distract our churches from their ongoing historic mission of seeking justice for our people and speaking truth to power.

And for what? So a few selfish ministers who aren't fit to shine Dr. King's shoes can chase faith-based bucks and lust for power.

Where were you Hi Impact Leadership Coalition members and sympathizers when our right to vote was being jacked with in 2000 and 2004? Oh yeah, y'all were cheesin' for the cameras at the GOP conventions and the White House. Where were you in August 2005 when our people were dying in New Orleans? Y'all constantly flap your gums to rail against GLBT peeps from the pulpit but your silence was deafening then.

As for speaking truth to power, you megachurch posers and wannabes are more concerned with photo ops, building arena-sized churches and acquiring expensive clothes and cars than fighting for the civil rights of ALL African-Americans and speaking out against injustice. Instead of leadership we get posturing, posing, doublespeak and hate-filled soundbites from anti-gay sermons instead of ones like Dr. King's 'Remaining Awake Through a Great Revolution'.

Hate sermons mind you that result in the creation of a climate of intolerance, ignorance and fear that resulted in the killings of African-American GLBT people such as Sakia Gunn, Rashawn Brazell, Amanda Milan, Stephanie Thomas and Ukea Davis. I wonder what DC church the African-American EMT attended who allowed a fellow African-American named Tyra Hunter to bleed to death after a 1995 traffic accident because he discovered that she was a pre-op transwoman? He stopped treating Tyra, but had the time to insult and crack jokes about her.

If you insist that every African-American life is precious and we don't have a person to waste, then that by extension includes same gender loving folks and transpeople as well.

We are your sisters, brothers, nephews, nieces, aunts, uncles, cousins, neighbors and co-workers. We are also proud African-Americans who work, vote, go to church, serve in our nation's military and pay our taxes. All we're asking for is the same thing that any African-American wants, which is respect and dignity to live our lives without unnecessary bullcrap and be contributing members of society.

How many deaths, how much spilled blood, how much pain and suffering and how long will it take before you get that message, my fellow African-Americans?