Transgender Athletes Get Into The Game 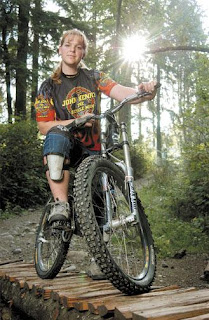 My love of sports also includes me participating in them as well. I played Little League baseball as a kid and was on my high school's varsity tennis team my senior year. I also played basketball pick up games, tennis and bowled until I started transition. After I moved to Louisville I played softball on my church team in 2002 and recently started bowling on a regular basis again.

So as a transgender sports fan I was pleased to hear about the International Olympic Committee's decision to allow transgender athletes to participate in the Olympics starting with the 2004 Athens Games. Under the Stockholm Consensus, the IOC allows transgender athletes to participate in their new gender two years after they've undergone genital surgery. If the operation took place before puberty, the athlete's gender will be respected.

In the case of a post-puberty gender transition, the athlete must undergo complete genital surgery and get their gonads (their ovaries or testes) removed before they can compete. They also have to get legal recognition of their chosen gender, complete hormone therapy to minimize any sex-related advantages and wait two years before they can become eligible to apply for a confidential IOC evaluation.

"I don't think that needs to be a criteria," said Green, who sits on the board of directors of the Transgender Law and Policy Institute. "Many female-to-male people can't afford to have genital reconstruction, so I think that's an unreasonable penalty."

That thought is echoed by Keelin Godsey (left in photo), who is a transgender track and field star at Bates College has a goal of making the US Olympic team and competing in Beijing next year. The transman is delaying his transition in order to make it happen.

Transgender athletes are not a new issue. Stella Walsh, the Polish-born 1932 100-meter Olympic gold medallist and 1936 silver medallist dominated women's sprinting during the 30s and 40's. The naturalized American citizen was revealed by an autopsy to have male genitalia and XY chromosomes after she was killed by a stray bullet during an 1980 armed robbery in Cleveland. 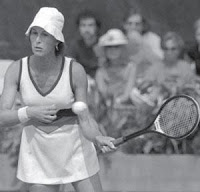 Renee Richards battled the USTA during the 70's and filed suit in 1977 for the right to play at the professional level as a woman. Mianne Bagger recently underwent the same struggle in the golfing world.

Canadian mountain biker Michelle Dumaresq has been on the receiving end of biowomen complaints, Hateraid and petition drives to bar her from competition after she started winning races.

The IOC, dogged by persistent rumors in the world press of dominant Eastern European athletes such as Irina and Tamara Press of the Soviet Union being 'men competing as women' and fears of women being fed male hormones for competitive advantage like the East German women were during their 70's and 80's runs of international sports dominance, instituted a mandatory gender verification test starting with the 1968 Mexico City Games. 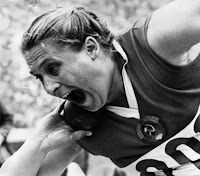 It was interesting to note that the Press sisters, despite winning gold medals in Rome and Tokyo and setting a combined 26 world records never again competed for the Soviet Union at the international level once the gender verification test was made mandatory.

The IOC gender test was initially a gynecological exam that evolved into a chromosomal test called the Barr Test. It was invasive, unreliable and was scrapped before the Sydney Games in 2000. 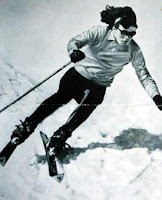 It led to some awkward situations such as 1964 Olympic gold medalist sprinter Ewa Klobukowska from Poland being ruled ineligible for the European Cup women's track and field competition in 1967 because of 'ambiguous genitalia'. She was stripped of her Tokyo Games gold and bronze medals by the IAAF but gave birth to a child years later.

A year later 1966 Austrian downhill skiing world champion Erika Schinegger failed the test after it revealed she was chromosomally male, making her ineligible for the upcoming 1968 Winter Games in Grenoble, France.

Erika later transitioned and reemerged on the international skiing scene as Erik Schinegger. 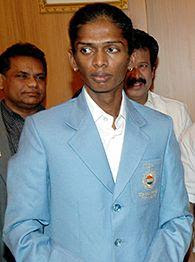 While the test has been scrapped at the Olympic level, in December 2006 at the Asian Games being held in Qatar, 800 meter silver medallist Shanti Sounderajan from India failed a post race gender test and was stripped of the medal she'd earned.

Some of the issues against transgender athletes stem from ignorance or jealousy. In 1996 a Thai volleyball team made up primarily of gay and transgender people nicknamed the 'Iron Ladies' won the Thai national championship and was immortalized in two Thai films of the same name. Thai government officials barred two of the transpeople from joining the national team and competing internationally out of fears and concern for the country's international image. Canadian mountain biker Michelle Dumaresq is constantly accused of having an 'unfair advantage' by biowomen especially after she began to frequently win events on the Canadian mountain biking circuit.

The 'unfair advantage' argument is actually a bogus one and medical science is increasingly backing that up. Even though a transwomen grows up with testosterone coursing through her body, hormone replacement therapy takes the muscle building advantage away over time. A genetic female skeleton is lighter, so a transwoman has the handicap of lugging around basically a heavier skeleton with FEMALE musculature.

The IOC was followed by the Ladies Golf Union (Great Britain), the Ladies European Golf Tour, Women’s Golf Australia, the United States Golf Association, USA Track and Field, and the Gay and Lesbian International Sports Association in crafting policies governing transgender athletic participation in events sponsored by their organizations. The Women’s Sports Foundation, United Kingdom and the United States-based Women’s Sports Foundation have issued policy statements supporting the inclusion of transgender athletes in sport. Other international governing sporing federations have followed the IOC's lead when it comes to determining eligibility of transgender athletes in their sports

Curiously the NCAA, in a policy that is under review, requires that transgender athletes compete in the gender designated on their official government documents, for example, driver’s license, birth certificate or passport. As of yet no high school governing bodies have announced policies addressing the participation of transgender athletes. 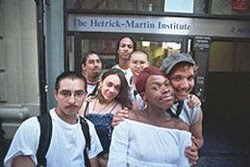 But with the increase in transgender kids transitioning at earlier ages, it's time to discuss the issue of transgender athlete eligibility to participate in school-based sports before it goes to court. New York's Harvey Milk High School for GLBT students was in 2003 considering starting athletic teams to play in the New York Public Schools Athletic League.

But best of all, the IOC ruling validates us as people. Athletes all over the world have a common dream of standing on that top step and receiving an Olympic gold medal. One day it may be a transgender athlete that is standing there being recognized as the best in the world. It would also be cool to see a transgender athlete hit the winning basket at the buzzer, score the winning goal or win a race.

The best part is that it may happen in my lifetime. If Michelle Dumaresq is correct about the 110 stealth transpeople already competing at Olympian levels, it may have already occurred.