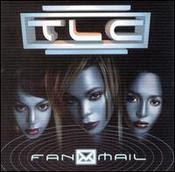 You can buy your hair if it won’t grow
You can fix your nose if he says so
You can buy all the make-up that MAC can make
But if you can’t look inside you
Find out who am I, too
Be in a position to make me feel so damn unpretty


TLC has a dynamite song from their Fan Mail CD called 'Unpretty' that talks about self-esteem. All women from time to time have those issues and transwomen are no exception.

Since we transpeople get bombarded by so much negativity from society, if you don't have the self-love and rock solid self confidence you can easily fall victim to negative karma in terms of how you feel about yourself inside and out. 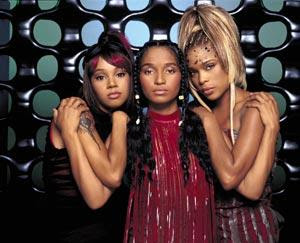 Combine that with the knowledge as African-Americans that our women are regarded as some of the most beautiful on the planet. You can easily see where that can lead one to fall into the trap of believing that you can't possibly measure up to that standard. It also causes some transwomen to do things like inject free silicone in our bodies in an attempt to live up to that beauty standard as well.

The unpretty feelings are especially acute in the early stages of your transition when the hormones haven't had time to work their magic on your body and you are very much caught between the male and female realm.

Even after you get through the rough spots of early transition and have lived your life for several years as a female, there are times when some snide comment, an unfamiliar situation, dating, a negative comment questioning your gender identity or looking at government-issued ID documents that have a gender code on them that don't match your current gender presentation can reawaken all those awkward, depressing, unpretty feelings all over again.

I've been transitioned for over a decade now and I still have my moments from time to time. I can't imagine what it's like for the transkids now.

Then again, maybe I can.

I remember early in my transition when I told some friends that I wasn't going to allow myself to get caught up in that 'obsessing over my beauty' mentality. It didn't take long before I was sitting in the nail shop twice a month, getting the hair done, doing facials and clay masques once a week and all the other things that sistahs do to make themselves look presentable to the male species. 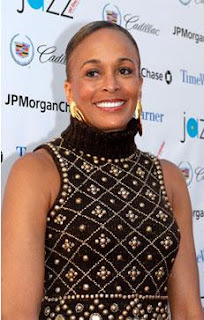 Combine that with the fact that I come from a long line of historians. I'm acutely aware of the role that African-American women played and continue to play in not only shaping our society but looking fly while doing it. To know that's part of the legacy that you are now charged with representing honorably can be daunting at times and leads me to wonder if I'm doing enough to uphold it.

I guess because I lived the first quarter of my life stuck in a male body I'm a little more sensitive to the outside packaging and care about presenting a good image both inside and out. Early on I felt like I had to be on my 'A' game in terms of my gender presentation. As I got more comfortable in my skin and learned who Monica was and what she stood for, I gradually got away from putting that kind of pressure on myself.

For the most part I do a pretty good job of living up to being the Phenomenal Transwoman that I am but I have to be honest. I have my moments when I fight to avoid feeling unpretty and fail.

Sometimes I end up wallowing in it for a day or so, scarfing up Blue Bell homemade vanilla and listening to Sade CD's. Other times I just call my homegirls who give me a swift kick in the rear, a verbal pep talk and tell me to get over it.

With the constant beauty messages that we are bombarded with, it's hard not to feel unpretty at times, but as long as you love yourself and are satisfied with your life those unpretty periods don't last long.
Posted by Monica Roberts at 2:23 AM