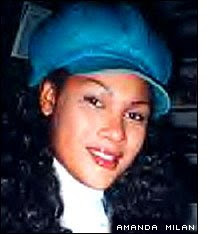 black and white photo of Amanda and Nicole by Brian Lantelme.


Today is the seventh anniversary of the brutal killing of Amanda Milan.

In the early morning hours of June 20, 2000 25 year old Amanda met some friends at a McDonald's on the corter of 8th Avenue and 43rd Street. Around 4 AM she left and crossed 8th Avenue as her friends watched to catch a cab back to her Central Park West apartment in front of the Port Authority Bus Terminal.

It would be the last time her friends got a chance to hang out with her.

She encountered a 20 year old man by the name of Dwayne McCuller. He saw the tall, buxom and beautiful African-American transwoman pass him and for whatever reason made a derogatory comment that escalated into a heated verbal exchange.

"Why would you say something like that to me? You don't even know me." she replied to the initial insult.

McCuller reportedly shot back, "I know what that is between your legs, you're nothing but a man. I'm going to shoot you."

Milan evidently replied, "Don't say you're going to shoot me. You want to fight me? Fight me like a man."

"Get away from me, you faggot," McCuller said, according to Milan's friends. 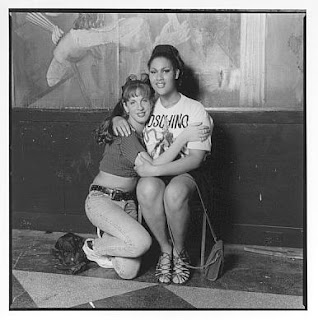 That exchange was typical of Amanda's feisty nature. She was a transwoman proud of who she was and didn't take crap from anybody. She was born Damon Lee Dyer in Chicago in 1974, moved to New York and transitioned in 1992. She was well-liked in the New York transgender community and often helped people down on their luck. The media played up the jet-setting escort aspect of her life but ignored that she had dreams of becoming a fashion designer.

According to a June 20, 2001 Salon.com article, her friend Patra, who is a transwoman of Jamaican descent explained Amanda's guiding philosophical principles. "Her philosophy was, ameliorate yourself from mental slavery, stand up and be who you are, play that role," said Patra. "She said all of us have an abiding reality and death is the only judgment on how a life is lived. She believed there is no justification in living a life of lies if deep down in your heart you know who you are."

Six months earlier she was lamenting the deaths of Kim and Simone, two of her closest transwomen friends. They'd been tight for 10 years, and Kim was found dead at the foot of a cliff in Australia. Simone was thrown from a fifth floor window a few months after she left New York and moved in with a man in San Francisco. She made the statement that 'things happen in threes' reflecting the belief in African-American culture that deaths occur in clusters of threes, fearing that she was next.

That statement turned out to be prophetic. 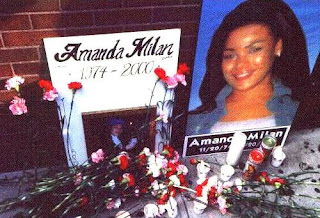 She headed to a row of cabs in front of the Port Authority Terminal after the verbal exchange. McCuller was told by 26 year old Eugene Celestine that he had a knife in his possesion which he handed to McCuller. He ran to catch up with Amanda and slit her throat. It severed her jugular vein, larnyx and cartoid artery and several people tried to stop the bleeding. With Amanda choking on her own blood she was rushed to a nearby hospital where she was pronounced dead at 5:10 AM.

One of the disturbing things that hasn't been confirmed but had become legend in the retelling of this story is that the cabbies, street vendors and other people in the vicinity that night allegedly cheered as McCuller cut Milan's throat.

The murder outraged and galvanized the New York transgender community. A memorial service was organized three weeks later for Milan on July 23 that was attended by 300 people. The crowd at the Metropolitan Community Church on 36th Street included fashion industry people, national and community transgender activists and the general public. (I'm still pissed to this day that I was unable to attend it). 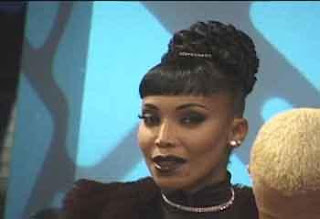 She had plenty to say. Her eloquent, heartfelt, angry and passionate eulogy earned her a standing ovation from the assembled crowd when she was finished. She spared no one in her commentary and indicted bigots, sexists, the ignorant, the media and the mainstream Black community.

"The Black community is the worst," St. Laurent said. "They who have suffered from prejudice in this country have treated us worse than any other people." 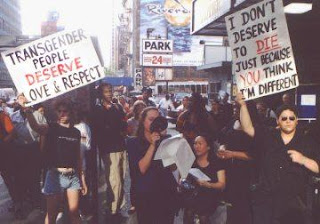 McCuller was convicted in November 2002 of Milan's murder and sentenced to 17 years in prison. The New York transgender community was additionaly outraged that it wasn't classified by NYPD as a bias crime despite the fact that several witnesses heard McCuller hurl anti-transgender statements and threats to Milan.

David Anderson was convicted of hindering prosecution and received a sentence of one and a half to three years in prison for attempting to help Dwayne McCuller leave New York after the killing. Eugene Celestine, the man who handed McCuller the knife that was used to kill Milan went to trial in 2003.

Milan's mother Adaritha Dyer stated in a New York Amsterdam News interview, "Damon was the joy of my life. The Lord saw fit to bless me with a son of many talents. Bone of my bone, flesh of my flesh, my everything, the Lord looked down upon me 25 years ago and realized that I needed a gift and a treasure that I could enjoy and rejoice in. So he blessed me with you. I love you, and you will be my memory."

Milan's aunt, Diane McKee, who ironically lived several blocks away from the murder location, stated, "I gave him unconditional love."

Octavia was right when she stated at the memorial service, "Death will not be the last word for Amanda Milan." Amanda's death became like the Stonewall Riots in 1969, the spark that once again galvanized the New York transgender community into action.

May Amanda rest in peace.
Posted by Monica Roberts at 5:20 AM