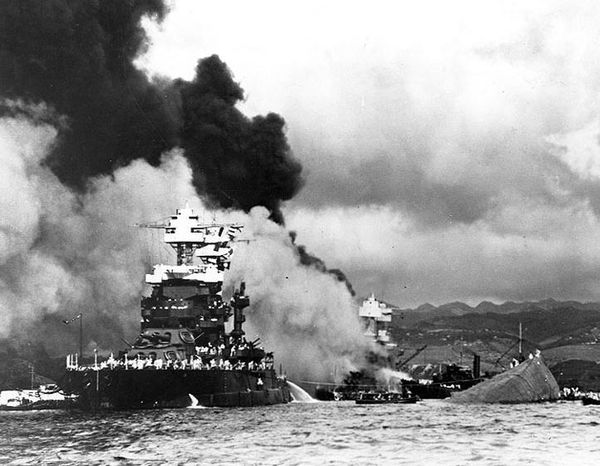 2,355 Americans lost their lives in the attack and another 1,145 people were wounded.  18 ships, including five battleships were lost on a day that President Franklin D. Roosevelt described as 'a date that will live in infamy.

Today is also Friday, and you TransGriot readers know what that means.   Once again I get to call out people who have committed war on facts and reason, have said some off the charts idiocy, and it's time to drop the truth bomb on them.

This week's fool is E.W. Jackson.

This conservakneegrow pastor went on an 8 minute rant on his radio show aimed at incoming congress members Ilhan Omar (D-MN) and Rashida Tlaib  (D-MI)  who also happen to be Muslim.

Jackson stated that 'Muslims will turn Congress into an institution of Sharia law' and threw in the US is being turned 'into a Islamic republic' dig just for good measure.

Rep-elect Omar clapped back yesterday by reminding Jackson that the floor of Congress will look more like America.


In the upcoming 116th Congress,  120 women will be part of it.  110 people of color were also elected.   Diversity is America's strength, not a weakness as you faith based conservafools have your vanillacentric privileged sheep believing .

Pastor Jackson, the only people I see trying to force religious based laws on the American people are you Talabaptists