Shut Up Fool Awards- Do You Know The Way To Santa Fe Edition? 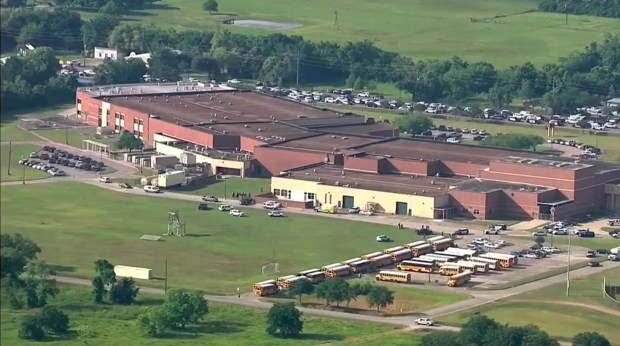 Just south of me in the exurb of Santa Fe, TX in Galveston County another school shooting happened today in which so far 10 people have died and 10 others have been wounded.

My condolences to the families and friends of those who lost their lives in this preventable tragedy.

A nice kid whit identity extremist, 17 year old Dimitrios Pagourtzis has been arrested and charged with capital murder and aggravated assault on a police officer in this terrorist attack

Now it's time to put some peeps on blast in my weekly TransGriot Shut Up Fool post.

In their zeal to absolve their NRA paymasters for the blood they have on their hands for their inaction in banning AR-15 assault rifles, once again GOP politicians and conservative pundits have either gone radio silent or let something stupid come out of their mouths.

Naw player, he's your radicalized terrorist.  Deal with it

Honorable mention number two is Cali US House candidate Jazmina Saavedra, who proved that the only people getting harassed in women's public restrooms are transgender women by GOP politicians and other conservafools.

The Trump troll not only gleefully harassed a trans woman in a LA Denny's, she may have violated several California state laws to do so.

Honorable Mention number three is Tomi Lahren, who once again opened her lip glossed mouth and let something ignorant fly out of it. .  Xenophobic Barbie let fly some anti-immigrant comments she got dragged about.

Honorable mention number four is to 2018 SUF of the Year candidate Paris Dennard for once again cooning it up fo Trump and being a real life Uncle Ruckus.

And my shero Angela Rye calls his azz out on it

Honorable mention number five is Rudy Giuliani, who tried to get mad when he went on CNN to do an interview with Chris Cuomo and got busted when a clip was played of him saying 'presidents need to obey subpoenas'

Laughing my butt off watching it.    Dude, you keep digging that legal hole for Trump and making it too easy for the inevitable Mueller Time legal hammer to come down on Dolt 45.  .

This week's Shut Up Fool loser winner is none other than Texas Lt Governor Dan Patrick, our 2017 TransGriot Shut Up Fool of the Year winner.

Potty Dan opened  his mouth and let something stupid come out of it while commenting on the tragedy by claiming that  too many entrances and exits lead to school shootings.

“We have to look at the design of our schools moving forward and retrofitting schools that are already built... there are too many entrances and too many exits to our over 8,000 campuses in Texas,” Patrick said in an afternoon press conference.

“There aren’t enough people to put a guard at every entrance and exit...maybe we need to look at limiting the entrance and exits into our schools so that we can have law enforcement looking at the people coming in through one or two entrances.”


You are aware you idiot that those multiple entrances and exits in a school help facilitate the quick exit of thousands of people out of a burning building in the event of a fire, right?

And if your idea had been in place at Santa Fe High School, far more people would have died in the terrorist attack.

It's time Texas to #FireDanPatrick this November