Black Cis Peeps, Stop Using The Cops As a Weapon Against Trans People 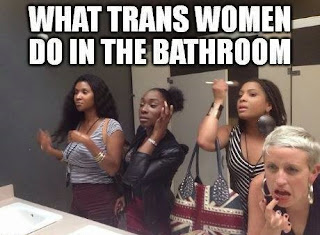 Black America was justifiably outraged over the increasing number of incidents in which Black people have had the cops called by white people for simply doing mundane things.

But y'all have been criticket chirping silent about the times you skinfolks have called the cops on Black trans people for simply living our lives or going to the damned bathroom.

Think I'm selling woof tickets about that?   Here's the receipts. 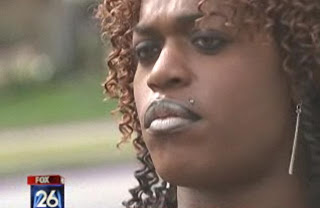 Back in November 2010 a Black cis female security guard called the cops on Tyjanae Moore, who was simply going to answer nature's call and use the restroom.    She ended up spending a few days in the Houston city jail for the 'crime' of using the bathroom that matched her gender presentation.

The same thing happened in Charlotte a few years later to Andraya Williams, when another Black female security guard called the campus cops who detained and escorted her off the Central Piedmont Community College Campus..

This crap needs to stop.   Trans people need to go to the bathroom for the same reason many of you do, to poop and pee.    Now if you're a Republican, you have repeatedly caught trying to make love connections in them.

Skinfolk, if you don't like the cops being called on you for simply living your lives, you need to extend the same courtesy to your Black trans skinfolk.    Unjustly calling the cops on us is just as dangerous or even more to a Black trans body as it is you Black cis one, especially in an era in which trans folks are being attacked by the conservative movement.

It's past time for you to stop calling to cops on trans people for any reason other than the commission of a crime or just because you're mad that the trans woman is performing femininity better than you are and want to be shady about it. .