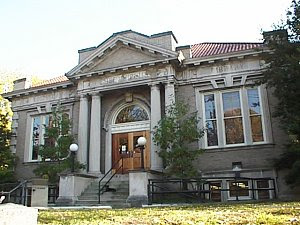 This post is coming to you live from the Louisville Public Library. As you may have heard by now many of us in Da Ville, including the TransGriot haven't had power in our homes since Sunday.

The branch library here in my Crescent Hill hood just got its power back yesterday afternoon while I was at work.

Anyway, outside of waiting for the power to be hooked up at the crib, doing okay.

Saturday afternoon I did get in contact with my mom and sis in H-town and got the 411 on how they and my family members were doing. Outside of some minor damage to their various houses and dealing with no electricity, they were all doing okay. I advised Mom that we were going to get hit by the remnants of Ike during our phone conversation.

Boy did we ever.

Sunday morning I was jarred out of bed by the rattling of the storm windows a little after 11 AM EDT. I found out later those winds were gusting at up to 80-90 MPH, and a few minutes later the power was out in the house. 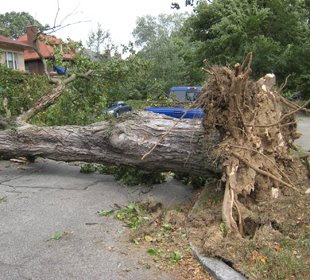 When the storm died down two hours later, Dawn and I took a quick look around the hood to discover that several neighbors had trees toppled either onto their homes or onto power lines. Truckers having the misfortune of driving through the area on I-64 or I-65 had their trucks blown over, and fallen tree and broken power lines played havoc with travel throughout the city.

I was also fortunate I listened to my instincts and filled up the car Saturday, since finding a gas station around here with power and without long lines attached to it has been a Sarah Palin. We've also been fortunate that the last two nights not only have been cool, we've had a full moon to provide nocturnal illumination as well. 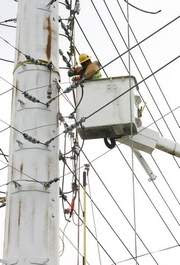 The prognosis for us getting power back has been a week to two weeks. Ironically LG&E sent some crews to Houston to help with power restoration efforts there, and those units had to be recalled due to the situation we have here in the Ohio Valley. The areas surrounding Louisville also got whacked pretty hard by a disintegrating Ike's winds as well, and the help we normally would have gotten from nearby power companies isn't forthcoming because they're dealing with their own drama.

Even though I'm mildly pissed I lost my half gallon of Blue Bell I just bought, I'm counting my abundant blessings. Besides, it's on sale this week anyway.

My childhood home once again survived a Category 3 hurricane with minimal damage. My family members are well and doing fine. The house up here had a piece of a shingle loosened and has no other damage. We're doing okay outside of waiting for power to be hooked back up.

So yeah, it could have been a lot worse, but I'm surviving and thriving.

Clocks ticking on my time for this computer, so gotta wrap it up and check my e-mail. Got a long line of peeps behind me waiting for this computer to pop open as well.
Posted by Monica Roberts at 10:16 AM

I'm glad your Houston peeps fared ok. Power in Houston is the thing, but like you said it could have been worse. My mother of course is refusing to let me buy her a generator or send her to a hotel on the weekends. *lol*

She's a native so roughing it through is the badge she wants to wear. If I had been there WE WOULD NOT BE ROUGHING IT! KNOW THAT. Well at least not on the weekends.

Here's hoping you get power back sooner rather than later.

Glad to hear that you are doing ok

Thank you for the love, well wishes and concerns.

I've passed them on to my family and friends here.

I am glad to se that you are okay. I know that IKE was a disater. I had friends of mine in Texas that was hit, but they like yourself is doing okay now.

But it is good to see you up and running again, and that you are fine.

Love ya sis and take care