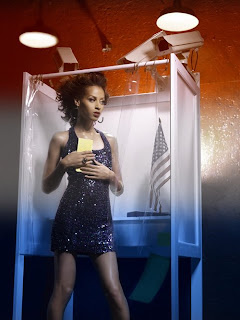 The highly anticipated debut of America's Next Top Model Cycle 11 premiered last night on the CW with all eyes on Isis, the show's first open transgender contestant.

She was featured in the background of a photo shoot in a previous cycle and is a legitimate contestant competing in this one. Y'all know I'm rooting for sis to win.

The fact that Isis is competing became big news to most of the world, but it's not a surprise to me. Top Model has long had rumors of possible stealth transwomen contestants and they decided to come out of the closet with a secret that fashion industry insiders have long known.

A few of the girls strutting their stuff on the catwalk are transwomen.

Top Model judge and noted fashion photographer Nigel Barker stated in a recent interview, "One of the things about the fashion industry, is that there have been many transgender models over the years. It's very legitimate in our industry. It's a bit shocking for prime-time TV, but it opens peoples' eyes." 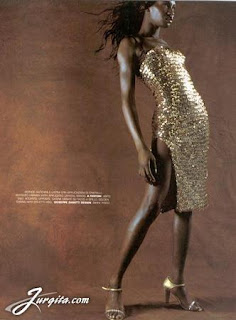 During the 2003 Cricket World Cup that was hosted by South Africa, Zimbabwe was allowed to compete despite its horrendous human rights record and some protests against human rights violations and homophobic statements by its president Robert Mugabe.

When the month long event opened with a globally televised Olympic style opening ceremony in Cape Town, each of the 14 participating teams was led into the stadium by a model. Zimbabwe was led onto the field by a Senegalese born model who worked in South Africa and Italy named Barbara Diop. During the first week of competition it got leaked to the press that Barbara was a transwoman. That prompted outrage from Zimbabwe's head homophobe and threats to pull out of the competition.

It's no shock to people who follow the ballroom community either. FYI, one of the ball categories is called runway, and as Isis Tsunami she was wrecking nerves and making a name for herself. It's been rumored for years that ballroom legend Tracy Africa went from walking balls in the 90's to getting paid walking the runways in New York and the fashion capitals of Europe.

Isis is the one who is fortunate enough and has the God given opportunity to break through to mainstream modeling success. 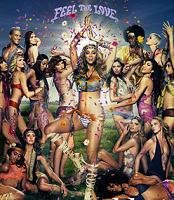 But back to Top Model. I applaud Tyra and the show for taking the bold step to include her. I haven't had a chance to look at the replay, so I'll judge later on whether the show is handling Isis with grace and sensitivity.

I know some of the transgender haters have already come out of the closet, and we'll probably see the same from some of Isis' fellow contestants. I hope she continues to handle this with style and grace even in the face of nasty and ignorant comments from some of her competitors and the Faux news masses.

But this is nothing less than a Jackie Robinson moment just as it was when various African-American models did things in the fashion industry that no one else had done before, including Ms. Banks. 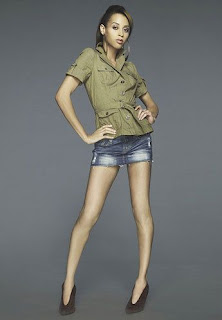 Isis is breaking down stereotypes, and as any minority group member can tell you, old stereotypes die hard. It's an evolutionary step in our ongoing coming out process to first class citizenship and taking our rightful place at the African-American family table.

Even though Isis may look at it as if she's doing this alone, doing it for herself and fulfilling a dream to become a model, she's not.

Like Jackie Robinson fifty-one years ago, she's got the hopes and aspirations of many African-American transgender people and the ballroom community walking with her.
Posted by Monica Roberts at 4:09 PM

I watched last night because I wanted to see Isis. I don't watch ANTM that much but I'm rooting whenever a LGBT person of color is on a show. I thought Isis was amazing and that karma bit Shauran or whatever her name was in the butt. I was uncharacteristically surprised by the inner ugly that the the other contestants displayed. I wonder if Tyra will call people out on it some time during the show.

JoJo, It's only the beginning.

Well I just watched ANTM online and it's obvious that Isis knows the technical end of the business very well. In fact she seems to be the only contestant who knows th ins and outs of lighting and camera location and how to use this to advantage. She is a formidable competitor.

Oh and I covet her ear rings, Isis has style!

And if they thought they could rattle her by slinging those catty comments, how many times have we heard that crap before?

I'm very late to this post (came here by way of Questioning Transphobia), but just wanted to say that I'm rooting for Isis.