Our Gold and White we love so dear
We'll remember through the years
Courage, love and loyalty
True to our school we'll always be
Falcons stand out among the rest
Meeting each and every test
Cherished you will always be
In and hearts and memories.

I recently renewed my Classmates.com subscription after getting numerous e-mails about peeps checking my profile. Being on there the last few days I've seen the names of some of my old classmates. Its triggered a flood of memories for me about the Class of 1980 that made me pull out my senior class memory book and yearbook.

Ah, the memories. Beating Jack Yates my sophomore year. The great state-ranked Falcon basketball teams. That heartbreaking last-second basketball district championship loss on a dunk we suffered against Wheatley in 1979 that eerily replicated itself for me at UH in 1983. The dances. Beating Sterling on a last second field goal during the 1979 'South Park Super Bowl'. 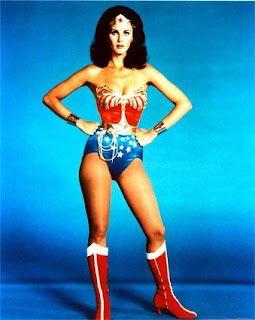 The Vanguard beach parties in Galveston and some of the other wild-and-crazy things about life in Vanguard. The costume day during homecoming week in 1979 when Charmaine Tolliver came dressed as Wonder Woman. She had the body to pull it off and was followed through school by drooling brothers hollering "Save me, Wonder Woman, Save Me!" Me and Lonnie Prothro cutting up during tennis practice and running laps for it.

The mornings we spent cracking jokes in the cafeteria or in front of the school auditorium before school started. Sneaking off campus to go to Popeye's and Mickey D's for lunch. The Max and Kyle Living Singleesque dissfest that me and Jocelyn Woodard used to engage in before she transferred to another school my senior year. Peeps used to accuse both of us of having feelings for each other which we both heatedly denied. 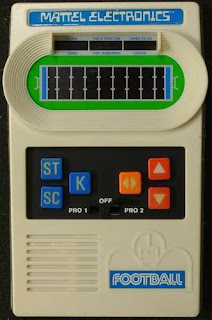 To be honest, I was a little jealous of her. Jocelyn was a beautiful girl, smart, never had a hair out of place and we rarely saw her in anything but dresses, heels and hose. Before she left for Lamar I had the pleasure of beating her butt at Mattel electronic football.

The girls that were interested in my 'twin' I kept at a distance because I was afraid that if I fell in love and that relationship progressed to marriage plus kids one day the gender issue would blow everything up and I'd have three or more people's feelings and lives hurt instead of just my own.

It was also torture for me to watch my female classmates blossom into womanhood. I felt like I was on the wrong team, I was being cheated and a cruel cosmic joke was being played on me. Little did I know at the time that I had a fellow Vanguard classmate that was going through the same feelings from the female to male aspect of it.

My time at my high school alma mater was a mixed bag. I'm very proud of my classmates in 'The Class With Class' as we're known in Jesse H. Jones lore. Many of them have gone on to greater success or are still working on it like I am. Sometimes when I get nostalgic about my time at JJ there's a little bit of residual sadness that washes over me because of the internal gender conflict I was dealing with and felt I couldn't tell anyone about.

That senior year seemed almost magical when I look back at it. I ended up going to TWO proms that night, ours and Sterling's. Ross Sterling was the high school my neighborhood was zoned to and my junior high Albert Thomas was a feeder for. I was at JJ for the Vanguard magnet program and many of my junior high friends ended up at Sterling. I spent almost as much time around Sterling events as I did at Jones and it was ironic that we held our prom the same night at two different Galleria hotels. We kept trading peeps back and forth between the two events.

The All Night Senior Party event at AstroWorld was the bomb. I got my license on my 18th birthday just a few weeks before graduation and recall the mixture of relief and sadness I felt during Senior Week. I also remember the last day of school of my senior year. It felt like that day took ten years to pass. Now ten years passes by in a week.

However, there are times I wish I'd just dealt with the gender issues then. I could've walked across that stage when I picked up my diploma as the person I am right now and I'd be in a better position life wise. Then again I'm also talking about the late 1970's as well.

I also have to consider the fact that if by some miracle I'd been able to do teen transition, would I be the same person I am now? I probably wouldn't be as open about my life since the advice gender therapists were giving then was to blend in and not let anybody know you were transgender. But then again I had buried it so deeply that when I finally did come out, the weight lifted off my shoulders was so liberating that I didn't care if peeps knew or not. I probably would've had the same reaction then as I did in 1993. 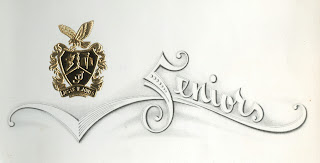 I managed to graduate with honors, but when I look back on it there were some things I would do differently if I could. I'd be more active than I was. I was on student council, part of the Model United Nations group my junior year but I feel I could've done more. I realized several years ago that I have a God-given talent for writing. That's something that should have clicked when I was one of my junior high school's winners of that NASA writing contest. I would've spent time on the school paper, joined the yearbook staff and went out for the tennis team sooner instead of my senior year. One of the side effects of the gender issues conundrum was that I spent so much time and energy trying to play 'boy' and eradicate any hint of my female persona that I didn't leave myself time to focus on what I really wanted out of life. I didn't have the self-confidence built up to fearlessly go for it. 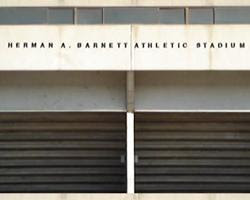 I'm still the premier trash talker bar none and opposing fans who made the mistake of walking over to our side of Barnett Stadium or Barnett Fieldhouse found out the hard way. One night we were playing our bitter rival Jack Yates my junior year and they were trashing us 40-0 in response to the buttkicking we gave them my sophomore year. This loudmouth comes over to our side of the stadium and yells, "What's wrong Jones? Y'all couldn't program the computers to beat us?"

I shot back, "At least we have people at Jones smart enough to program computers, unlike you future TDC (Texas Department of Corrections) residents." Homeboy went scurrying back to the Yates side of the stadium with our laughter ringing in his ears. 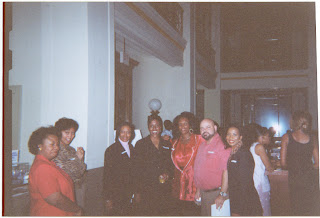 I am blessed to still have in my life some of the friends I made during my time there. Some have remained so through my transition. I have gone to our reunions in 1985, 1990 and 2000 and plan to be there in 2010. I'm hoping I'll get to see at the 2010 reunion some classmates I haven't seen since we left JJ. I'm hopeful that while I'm on Classmates.com I get to reconnect with some others and reminisce about our times walking the halls of Jesse H. Jones.

By the way, me and 'errbody' else in Vanguard are still pissed about that Animal House like double secret senior trip some of y'all took to Dallas-Fort Worth and didn't tell us about until y'all got back. ;)
Posted by Monica Roberts at 9:19 AM