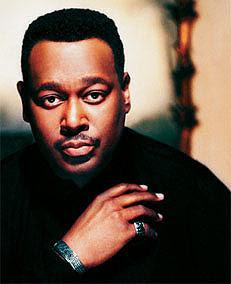 With all the negativity that April 20 is associated with in terms of the Columbine High School shooting in Littleton, Colorado and it being Adolf Hitler's birthday I thought it was time to point out something positive that happened on this date.

Luther Ronzoni Vandross was born in New York City in 1951.

Boy do I miss 'Lufer' as one of my friends used to pronounce his name. I remember when I first heard him singing during the disco era on Change's 'The Glow Of Love and Searchin' tracks and my reaction when I walked into Soundwaves and saw his Never Too Much album being sold.

There are very few artists that I buy their albums, much less debut ones without listening to it first but I did in this case. I wasn't disappointed.

From that point on every time he released an album or CD I was plunking down cash on the counters of my local record stores to purchase them. I attended EVERY Luther Vandross concert during the 80s and up until 1991. 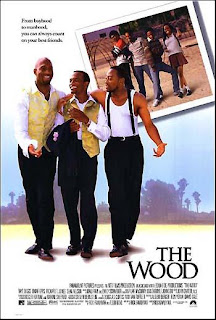 Yeah, I'm a huge Luther fan. The man could SANG. The 25 million albums sold, the 14 albums ithat hit either platinum or multi-platinum status, eight Grammy Awards and other awards he won over his career are a testament to that. He had much success in the commercial jingle arena as well. It's also impossible to count the number of people who got busy to his music or how many children were conceived as a result of their parents listening to Luther's romantic songs.

Even the 1999 movie The Wood alluded to this when two of the characters, Alicia and Mike ended up slow dancing at a junior high school dance to Luther's 'If This World Were Mine'. They later remembered the moment as high school juniors. They were in Alicia's bedroom when the song played on the radio just before she and Mike lost their virginity together. 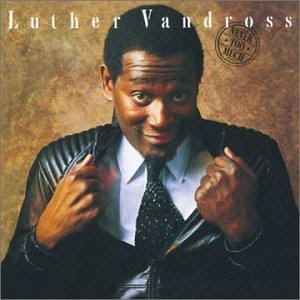 It's ironic that the lifelong bachelor who became synonymous with love, romance and relationships was himself always in search of them. He was consistently dogged by gay rumors which he vehemently denied during his lifetime. He was posthumously outed after his death due to the complications from the debilitating stroke he suffered in April 2003.

He was interviewed in May 2004 on Oprah and at the end of it sang "I believe in the power of love" in reference to his 1991 hit song 'Power of Love'. I cried for ten minutes after hearing that and hoped like many Luther fans that he was on the road to recovery. Unfortunately he took a turn for the worse a year later and passed away July 1, 2005.

Luther is no longer here with us, but his music, the fond memories I have of those concerts and the memory of his Oprah television appearance will stay with me forever.
Posted by Monica Roberts at 8:53 PM

When would people stop saying Luther was outed? Some silly person wrote speculation as fact. Luther never admitted nor denied any of those rumors. His response was he didn't owe anyone an explanation as that would be a submission of sorts. He went on say that he always paid his own mortgage...which really was a nice way of saying "Kiss my a--". There is not a single male person who could come forward and claim to have had a gay relationship with him. But as always people merely fill in the blanks when they have no concrete information. Doesn't it just kill Americans when they are not party to a person's private life?