In Praise Of Disco 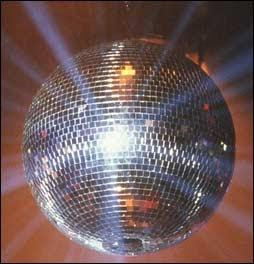 I've come to praise disco, not bury it like the 'disco sucks' haters tried to do back in the day.

I'm one of those peeps who loves disco. I adore the fact that it's a blend of dance music, soul, funk, latin rhythms and jazz to an uptempo beat. When KRLY-FM changed their format to playing disco music 24/7 and called themselves Disco 94 my radio was tuned to it. I got some raised eyebrow looks from peeps and took some ribbing from my high school classmates for admitting that I liked the Village People. 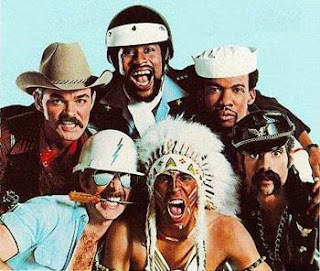 I have this and a lot more to say about disco. It was one of the few music formats (jazz, R&B, country and classical are the others) that crosses racial boundaries in terms of its fanbase. Walk into any disco during the 70's and you would literally see a rainbow of people out shaking their bootys on the dance floor.

It started getting played on the Houston R&B radio stations about the mid 70's and it wasn't long before I started hearing some of my favorite artists recording songs to disco beats. In addition to being introduced to the Village People, I also became a huge fan of Donna Summer, Gloria Gaynor, Sylvester, Chic and a few other groups. A 70's commercial jingle and backup singer by the name of Luther Vandross hooked up with a group called Change and sang lead vocals on the album's 'The Glow of Love' and 'Searchin' tunes. They got major airplay and set the stage for the 1981 platinum debut album Never Too Much that launched his solo career. 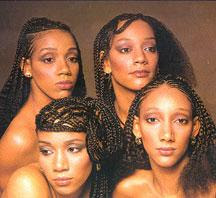 Rap owes its origins to disco along with house music. Without Chic's 'Good Times' the Sugarhill Gang would've had to use some other beats as the basis for 'Rapper's Delight'. Would the Pittsburgh Pirates 1979 championship be as memorable without hearing Sister Sledge's 'We Are Family' rocking Three Rivers Stadium? The tune was adopted as the Pirates theme song that season. Even the US Navy considered using the Village People's 'In The Navy' as a recruiting song.

One thing I must point out about the 'Disco Sucks' movement is the homophobia and racism that were a component of it. I found it interesting that the main peeps hollering 'disco sucks' when I was in high school were overwhelmingly white males who were hardcore rock fans. 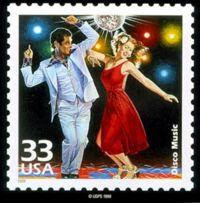 Best of all, before disco got eclipsed on the American music scene it was fun. I was reminded of that when I got taken to Polly Esther's Culture Club by some friends a few weeks before I moved to Louisville. It has three themed rooms. One of them is a 70's room complete with a lighted flashing disco floor and mirrored disco balls hanging from the ceiling.

I observed as the DJ continued to spin my fave tunes from the 70's that there was a multicultural crowd dancing to it. Nobody cared whether the artist being played was White, Black, Latino, gay or straight. The music was slammin', everybody was having fun and you didn't have to be a Soul Train dancer or know the latest dances to groove to it.

I need to find my Disco Greatest Hits CD. Time for me to relearn how to do 'The Hustle'.
Posted by Monica Roberts at 5:33 PM