The Meaning Of July 4 For Black Trans Americans

One of my favorite Frederick Douglass speeches is one he gave on July 5, 1852, entitled The Meaning of July 4 for the Negro. That speech pointed out the glaring hypocrisy of America celebrating Independence Day while enslaving millions of African-descended people. Since the 4th is upon us, I decided to write this column in the style of Frederick Douglass’  famous speech, but apply it to what is happening with black trans Americans here in Texas and elsewhere in this country.

***
My fellow Americans.
Once again, we pause to celebrate another birthday of the nation we love. July 4 is also the day when the Declaration of Independence was signed by 56 brave men who put their lives on the line for the principles they believed in.
But there is a group of Americans for which this day that many of you celebrate seems hollow. In this dark time, our transgender siblings are not feeling the national love or pride in this nation. In fact, we feel there is nothing to celebrate on this day when we have already lost 11 people to anti-trans violence this year.
Say their names. Dana Martin, Ashanti Carmon, Jazzaline Ware, Muhlaysia Booker, Michelle Washington, Claire Legato, Paris Cameron, Chynal Lindsey, Chanel Scurlock,  Zoe Spears and Brooklyn Lindsey. Their Black trans lives have joined the ancestors far too soon because of the anti-trans hate speech and rhetoric coming from the Oval Office, evilgelical church pulpits, and the mouths of right-wing media pundits.
Black trans Americans are dismayed and angered by the silence of both our politicians we helped to elect and our legacy organizations like the NAACP concerning the genocidal levels of violence being aimed at us.
Why should a Black trans American be proud of this nation when they are demonized for being African-American and transgender? Why should we feel proud of a nation that gleefully denies us the ability to earn a decent living by making it easier to prevent us from getting a job? 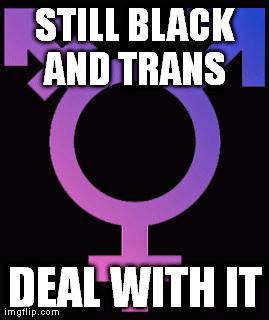 Why should we be proud of a nation that won’t allow us to serve in its military because a bunch of evilgelical bigots are advising the historically unqualified person currently occupying the White House to keep us from serving? 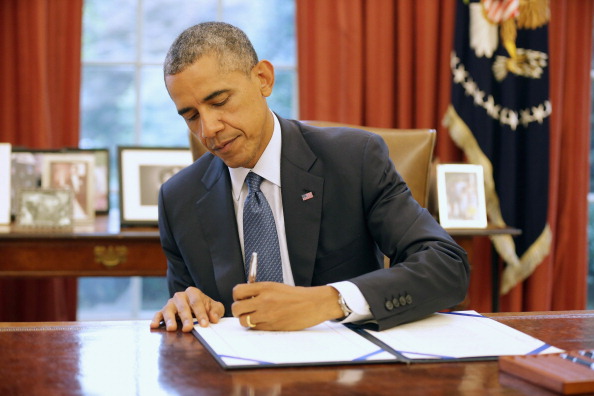 Why should we be proud of a nation that has rolled back President Obama’s positive policies and executive orders that were designed to help our community?

You claim to respect the rule of law, the Constitution, and the Bible, but ignore all of those things when it suits you to do so for conservative political advantage.

I already know what you MAGAts are going to say: If you don’t like America, leave it. 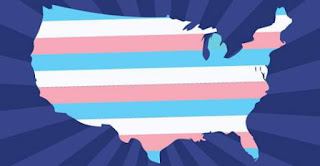 I will do no such thing. I love this country more than your Fox News-watching behinds ever will. I will not leave, because my ancestors shed four centuries’ worth of blood for us to be here in this moment, living better lives than they could have imagined for themselves. I love this country enough to fight for its soul and make it better than it was when I arrived on the planet.


I am not leaving because it would dishonor the memories of all the trans people we have lost to anti-trans violence. It is for their sakes that I must fight with every fiber of my being to create an America that recognizes the fact that the “We the People”  in our Constitution unequivocally includes Black transgender Americans.


Our nation is increasingly accepting the fact that Black trans people not only exist, but the violence being aimed at us must stop. Our people are also increasingly coming to the realization that Black trans women are women, Black trans men are men, we are an intertwined part of the Black American family, and we have much to contribute to make the Black community better.


We Black trans people exist, and are proud of all the intersections that are housed in our Black trans bodies. If some of you in Black Cis World don’t like that, get over it, because we are beyond caring what your loud and ignorant opinion is about that.


You will give us the respect that we are due. We aren’t going away, or back into the closet. We Black trans Americans are going to work to the best of our ability to make a better world for the trans kids coming behind us.

And when that day finally becomes a reality, that will be a July 4 worth celebrating.
This article appears in the July 2019 edition of OutSmart magazine