The Fight To Keep HERO- September 15

The fallout continues over the Gaslamp bar discrimination case as the owners put their attorney out there to handle the media firestorm that has erupted since the news broke of three African-American men facing the discrimination tactic of selective cover charges.

Had HERO been in effect, it would have fallen under public accommodations discrimination, and these gentlemen could have gone to the Houston Office of Inspector General and filed a HERO complaint

But since it has been messed with by SCOTX, their only alternative is to file an expensive federal lawsuit.   Texas does not have a statewide anti-discrimination law, and with the Republicans in control of the Lege and the governor's mansion, we aren't going to see one get passed any time soon.

And even if by some miracle the GOP controlled Texas Lege ;decided to pass one, guess which Texans wouldn't be covered in a GOP created law, much less would be useless in addressing discrimination

Something else that has popped up is this interesting Saikat Bhakra post that takes some Yelp data and asks the question what city has the most racist nightlife?

Sadly out of the top ten cities in Bhakra's post, Houston ranked number 5 in the 'Most Racist Nightlife' category.   That is not a good situation when you are trying to draw convention business to the GRB, building another 1000 room Marriott Marquis hotel on the northern end of Discovery Green in the Convention Center district to accommodate that business. competing with other large cites (that have HERO like NDO's) to attract major sporting events to our arenas and stadiums, and working hard to get people and corporations to relocate here.

That post seems to corroborate what many folks testified to was occurring in the four City Council hearings we had prior to getting HERO passed on May 28, 2014.

As a matter of fact, what triggered the push to get HERO passed was Judge Alexandra Smoots-Hogan and a Latino friend being denied entrance to a club on Washington Ave and her subsequent discovery along with Councilmember Ellen Cohen that Houston and the state of Texas had no local remedy to combat discrimination. 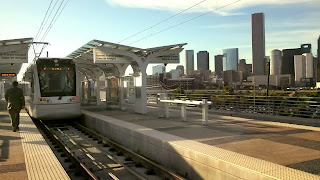 Why should you have to hire a lawyer to file an expensive and time consuming federal lawsuit to combat discrimination?   HERO provides a local remedy for discrimination issues that occur here.

A world class city doesn't enable or tolerate discrimination.   It works diligently to eradicate it.