The Fight To Keep HERO-September 1

The calendar page flips to September, and this month promises to be just as contentious politically as August turned out to be as the fight to keep the Houston Equal Rights Ordinance played out at City Hall and in the courts

Since we have twelve weeks to go until November 3, just thought I would direct this post at the peeps who are being either hoodwinked and bamboozled by sellout ministers to vote against their own human rights or those who just straight up hate the Houston TBLG community.

If you smugly think that voting against the HERO is sticking it to the Houston trans, bi and SGL community with zero consequences for yourself, here's some food for thought on that issue.

For those of you considering voting against the HERO because of your dislike of LGBT people, ask yourself this question.  Do you hate the Houston LGBT community so much that you are willing to give up the 2016 Men's Final Four, the 2017 Super Bowl, future convention business and potential corporate relocations to satisfy that hatred with a NO vote to kill the HERO? If your answer to that question is yes, you're a fool.   You may get the short term psychic satisfaction of believing you've stuck it to Mayor Parker and 'The Gay Agenda', but the reality will be is that what you have done is screwed yourself by voting against your OWN human rights and screwing our city for years to come on top of it.

Until the Houston Equal Rights Ordinance passed, there was NO local remedy for H-town discrimination. Contrary to the lies the opposition are telling you, the state of Texas doesn't have an anti-discrimination law that covers anyone.  With GOP control of our legislature and a GOP governor, we're not getting one anytime soon.

The LGBT community is NOT covered by any federal human rights legislation yet.   it has been introduced, but it is just an introduced bill   And once again, with GOP control of the House and Senate, it is going nowhere.

But the need for human rights protection is still there.

And note to Steve and Becky Riggle.  It's over a year later, and we still haven't had any bakers forced to make swastika cakes inside the Houston city limits.   Neither have we had in Houston an off the charts jump in crossdressed bathroom predators. 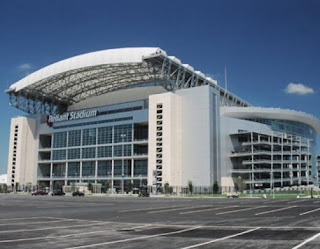 The NCAA and the NFL are not playing when it comes to their signature events.  Both sporting organizations have policies that bar cities and states with discriminatory policies from hosting their championships.

If you think I'm selling you woof tickets on that, the NFL yanked a Super Bowl from Arizona  in 1990 they were scheduled to host in 1993 for refusing to make the Rev. Dr MLK Jr's birthday a state holiday.  Arizona nearly repeated the legislative stupidity in 2014 when the GOP controlled Arizona legislature passed a right to discriminate law that only then Gov. Jan Brewer's (R) veto of the unjust legislation kept the NFL from making it happen again.

J. Kent Friedman, the chair of the Harris County-Houston Sports Authority, already warned the conservative hardheads on City Council last month that if the HERO is struck down, based on what happened in Arizona in the 90's, and the NCAA threatened to do to Indiana in the wake of the March passage of their discriminatory RFRA, the 2017 Super Bowl and next year's NCAA Men's Final Four at NRG Stadium could be in jeopardy.  And that's before we even start talking about the potential convention business we will lose along with corporate relocations.

So if I were you, I'd be voting to keep the HERO, and telling your friends and neighbors to do the same.
Posted by Monica Roberts at 2:00 AM